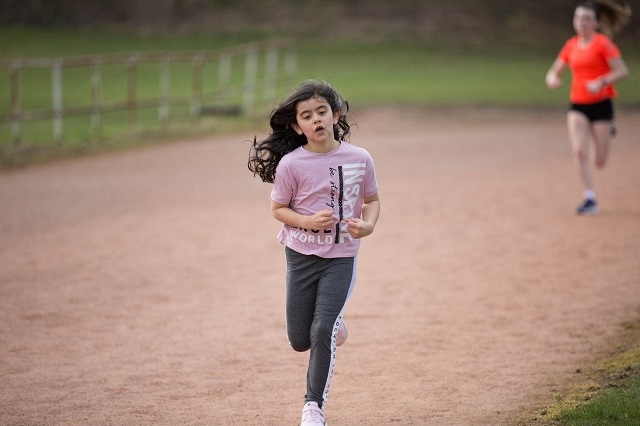 An eight-year-old girl from Norden is joining her dad in running 10k later this month to raise money for Springhill Hospice.

Zaara Miah – who celebrates her eighth birthday today (Wednesday 8 September) – decided to join her father, Doliz Miah, after he pledged to run 10k with the Bangladeshi Arts & Sports Association (BASA) as part of an attempt to break a world record on Sunday 19 September.

As part of the challenge, BASA decided to raise funds for Springhill Hospice – and has so far raised nearly £900.

Thousands of people across the globe will take to the streets or treadmill on 19 September to try and break the official world record of the most people completing a remote 10k run in 24 hours.

Doliz, a local photographer, said: “Zaara took it to heart when I mentioned how much money we have raised so far and that it will be going to the hospice who help our elders. She asked if she could do the run too. She’s completed 5k before without any issue, but not 10k.”

Most of the BASA members will be running the track at Springfield Park but as Zaara, a pupil at Whittaker Moss Primary School, wanted a more scenic route, she and Doliz will start from their house in Norden, running to Springfield Park via Queen’s Park in Heywood.