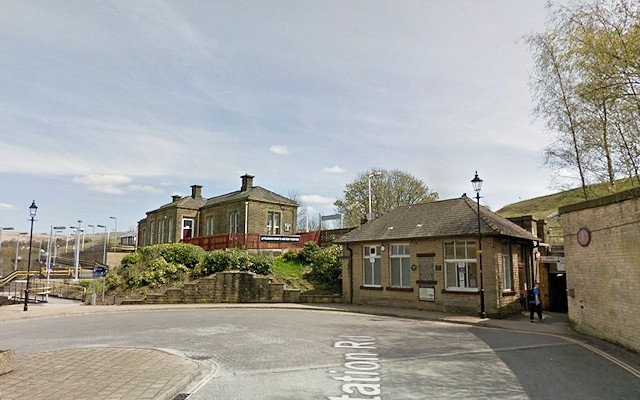 Proposals for regenerating the area around Littleborough railway station have ‘blighted’ a number of small businesses in the village, it has been claimed.

It is described as a ‘high level’ document which envisages a ‘place that has a distinct, vibrant and authentic identity’, which will allow people to ‘celebrate and build upon the strong local communities and heritage’.

Much of it is ‘aspirational’ and ‘broad brush’ with the plans set to become clearer and more definite following a period of public consultation.

But the document is not entirely without specifics.

It suggests demolishing the ‘low quality existing buildings’ on Victoria Street and replacing them with new commercial units.

These units are currently occupied by small businesses including Hooson and Stuttard Opticians and Littleborough Podiatry.

Tory leader Councillor Ashley Dearnley has strongly criticised the council for suggesting demolition in the document – and also failing to consult with the business owners.

Speaking at the latest Pennines Township meeting he agreed it was ‘sensible’ to develop a plan for Littleborough – but said the SPD was ‘not all aspirational and high level’.

“You say you have discussed things with the Co-op. It would have been only right, in my view, to discuss those issues with those owners of these businesses. Because what you have actually done is blight these businesses.

“They can’t sell them when there is something like this in the plan. They are in a very difficult situation, they should have been consulted first.

Councillor Dearnley said he was fully supportive of a ‘broad brush’ plan but the council should not ‘be going talking to the Co-op about it and not talking to people who are directly affected’.

“It’s completely wrong and out of order,” he added.

He was followed by John Hooson – owner of Hooson and Stuttard Opticians- who questioned why his firm of 36 years’ standing had not been made aware of the demolition proposals.

“Without consultation you have just thrown this at us,” he said.

“Where are you going with all this?”

Councillor John Blundell, portfolio holder for economy, apologised that Mr Hooson and others had not been consulted, telling the meeting he was under the impression they had been.

But he said Mr Hooson’s views would now feed into the consultation and be taken account of.

Councillor Blundell said that with any consultation there had to be a ‘first point’ and no plans had yet been made.

“There are always going to be objections to what we put in the first instance, so we have to put out a plan and then consult, which is what this report does,” he added.

However, he gave Councillor Dearnley short shrift, accusing him of ‘grandstanding’ and ‘playing to the gallery’.

He said: “You were given full view of the plan including that site [Victoria Street]. You didn’t say any of that private but you are quite happy to stand on your soapbox and say it in public.”

Councillor Blundell added: “You have seen these plans just as much as I have and you could have raised those points but you didn’t.”