You are Here: Home » News » News Headlines » ‘Embarrassed’ councillor threatens to walk out of bad-tempered meeting she felt was ‘turning into a fight’ 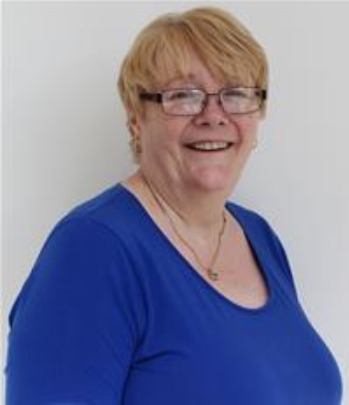 An ‘embarrassed’ councillor threatened to walk out of an ill-tempered meeting she felt was ‘turning into a fight’.

Councillor Irene Davidson said she was close to leaving the Pennines Township committee early and reporting her reasons to the chief executive following a series of tense exchanges.

The meeting brought together Rochdale councillors from the Pennines - Littleborough, Wardle, Milnrow and Newhey - and members of the public to discuss proposals for regenerating the area around Littleborough railway station. But after nearly 90 minutes of tense exchanges Councillor Davidson said she was finding the hostile atmosphere almost intolerable.

Councillors had traded verbal jibes with each other and there were also irritable exchanges with members of the public.

Councillor Davidson, Lib Dem councillor for Milnrow and Newhey, said: “It’s turning into a fight, this and I’m not happy about it at all. I’m not on the council to sit through a fight.

“So if things don’t change and people don’t stop shouting at each other I think I’m going to have to leave this meeting.

“And I will explain to the chief executive why I have left this meeting – because I am so embarrassed.”

Her sentiments were echoed by Labour’s Councillor Janet Emsley who said the night’s proceedings had made her feel ‘very uncomfortable’.

“It’s very unsavoury and it’s very unpalatable, I just didn’t like what was going on.” she added.

Littleborough is arguably the area of the borough where tensions between residents and local leaders are most strained.

Plans for hundreds of new homes on greenfield sites have done little to endear council chiefs to villagers and the relationship appears to be mired in mistrust.

So when plans for regenerating the area around Littleborough Railway Station went before the committee on Wednesday night, fireworks were as good as inevitable.

The station plan was the only report on the agenda, but things got off to a contentious start during the open forum.

Ian Jackson, chairman of Littleborough Civic Trust, told the meeting of the difficulties the organisation was having joining the Calder Valley Community Rail Partnership.

He accused the council’s planning department of operating like a ‘secret society’ and said its chief officer was ‘rude and arrogant’.

His comments were branded ‘pathetic’ by Councillor Blundell who said it was ‘completely out of order’ to make such remarks about a member of staff in a public forum.

Shouts of ‘get on with it’ were directed from the floor at Councillor Blundell, who described the way Mr Jackson engaged with the council as ‘terrible’ and ‘completely inappropriate’.

Despite chair Councillor Amna Mir appealing for civility, things got no less tetchy as the agenda moved on to a discussion about regenerating Littleborough station and the surrounding area.

Controversially the draft proposals include demolishing ‘low quality buildings’ in Victoria Street, which are home to a number of local firms.

These include Hoosan and Stuttard Opticians, and owner John Hooson vented his frustration over the council’s failure to consult with a number of local businesses.

But although the businessman was clearly angry at first, the exchange ended on a more amicable tone, with Mr Hooson thanking Councillor Blundell, who apologised for the oversight.

Tempers began to fray again, however, when Littleborough resident Barry Cropper began asking questions about the council’s interest in buying the United Reformed Church buildings, for the purposes of a new ‘community hub’.

Mr Cropper asked Councillor Tom Besford what he had discussed with the church, with the councillor responding that all his relevant declarations were in the public domain, including that he works in the music industry.

Mr Cropper was about to offer up another piece of information, when Councillor Blundell – who had asked the chair to speak next – told him he would not be spoken over.

He added that all Councillor Besford’s and his dealings with the church had been declared and they had spoken to the council’s monitoring officer about how any decision would be handled.

Mr Cropper then began asking questions about ownership of various properties, which Councillor Blundell dismissed as ‘irrelevant’ to the item at hand.

But Councillor Dearnley appeared to sympathise with Mr Cropper’s concerns over Councillor Besford and Councillor Blundell’s discussions with the church.

He said: “It’s not generally council policy to be buying buildings; we are getting rid of buildings. We need some clarity about that.”

The Conservative leader stressed that he wasn’t suggesting that things weren’t ‘above board’ but said it was the role of officers, not councillors, to negotiate the possibility of buying properties.

Councillor Dearnley’s comments infuriated Councillor Blundell who accused him of ‘playing to the gallery’, as the Conservative had been present when the matter was discussed in private at a cabinet meeting.

And this in turn clearly angered Councillor Dearnley, who said: “I am not playing to the gallery, I am asking sensible questions and I expect a degree of respect.

“All I want to ensure is that all councillors are absolutely in the clear and have done nothing that they shouldn’t. It’s totally irrelevant whether I have been at a cabinet meeting where it has been discussed in private.”

He added: “The public has every right to know what’s happened with their council tax funds.”