You are Here: Home » News » News Headlines » Dunkin' Donuts is coming to Rochdale

Dunkin' Donuts is coming to Rochdale 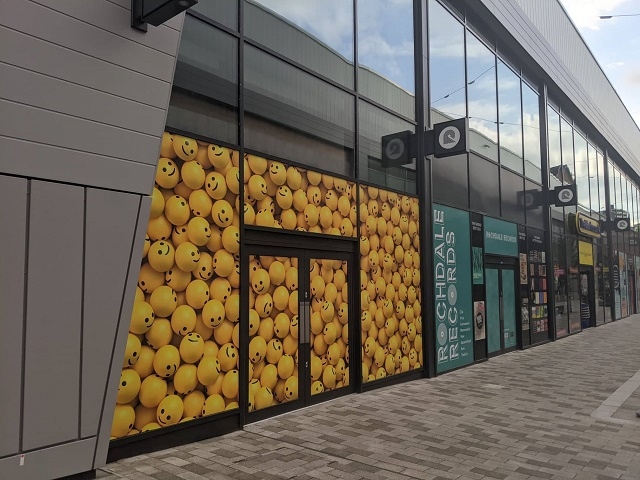 The unit where Dunkin' Donuts will be located

The American coffee and baked goods chain will be occupying a unit near the Works, and follows big names like New Look and Nando's to the scheme.

The new Dunkin' Donuts outlet is expected to be open before Christmas.

Earlier this week it was revealed New Look has signed a lease to occupy Unit 17 at the centre, between H&M and River Island, and has already started fit-out work in readiness for opening.

Popular restaurant chain Nando's is also expected to be open in time for Christmas after joining the likes of Crust Pizza, Loaded Burgers and Heavenly Desserts who have already taken space at the £80m development.

With approximately 12,900 locations in 42 countries, Dunkin' is one of the largest coffee shop and donut shop chains in the world. There are only 16 Dunkin’ Donuts in the UK, with the nearest being found in Bury and Manchester.

Dunkin’ was founded in Massachusetts in 1950 by William Rosenberg.

Delivered in a joint venture between Genr8 and Kajima in partnership with Rochdale Borough Council, Rochdale Riverside is a 200,000 sq ft shopping development in Rochdale town centre which also includes a 520-space multi-storey car park.

Enabling works are already underway for Rochdale Riverside phase two, known as Upperbanks, which will comprise 242 apartments and a 146-bed Hampton by Hilton hotel.