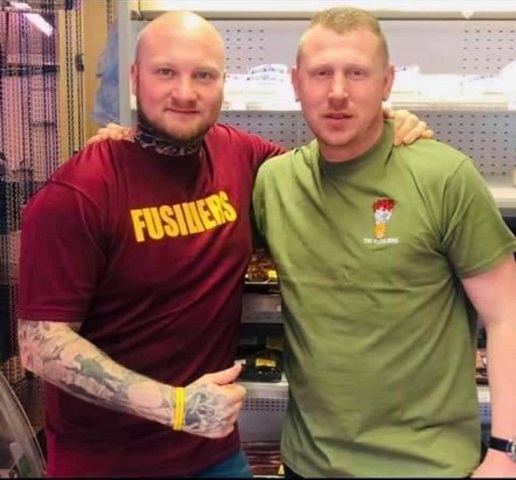 Butcher Darren Rushton has added an additional challenge to the Cryers Butchers 20,000 steps a day in September to raise money for CALM and Springhill Hospice.

Darren and his business partner Stephen Bamford have each pledged to walk 20,000 steps a day in September for their chosen causes, totalling 1.2 million steps – or around 580 miles – between them.

However, Darren has upped the ante as over the weekend of 18 and 19 September, he has decided to tackle the Rochdale Way, a 45-mile route around the entire borough, in just 24-hours.

Darren said: “I thought I’d throw in an extra challenge because we don’t like things easy. Ste doesn’t think I can do it, so it’s extra incentive to make sure I do.”

Previously the butchers have raised money for CALM to raise awareness of Post-Traumatic Stress Disorder, anxiety and depression in the military community, in addition to supporting local families and soup kitchens with donations of meat and hampers.

Donations can be made at Cryers, or online by messaging the Cryers Facebook page.