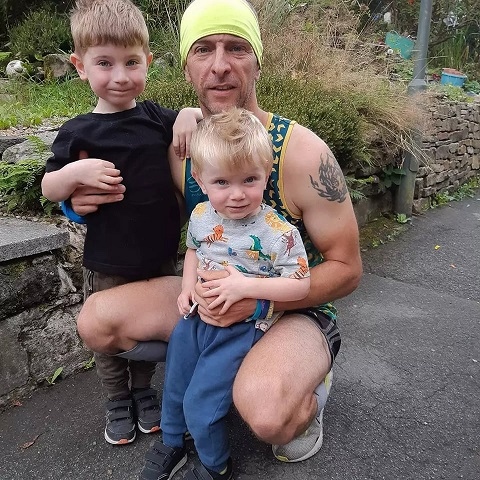 Chris Newall with his sons, Isaac and Jonah

Whitworth dad-of-two Chris Newall has raised over £1,000 for the Samaritans after running 105.5 miles in 48 hours.

Chris, 41, took to the streets in a 48-hour David Goggins challenge – which is typically running four miles every four hours in 48 hours (4x4x48) – on World Suicide Awareness Day (Friday 10 September) in memory of his dad, Garry, who died by suicide in 2017. However, Chris upped the ante to run eight miles every four hours, and completed a staggering 105.5 miles.

Chris, who has two little boys, Isaac and Jonah, with wife Alison, found his father’s death “a shock” and also had similar thoughts of ending his own life.

After months of counselling, Chris managed to turn his life around, but fell into gambling, which he has since also overcome.

Chris, who works at the Whitworth Co-operative, took up running about 18 months ago which he says he has now become 'addicted' to and opted to raise money for the Samaritans as a personal cause. 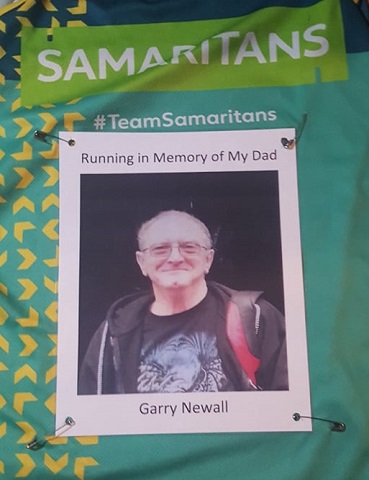 He said: “There have been blisters, tears, blood, sweat, alarms not going off, seeing badgers cross the road at 2.45am, having cars beep me in the street to friends and family cheering me round Cowm Reservoir and all around Whitworth.

“It’s been such an emotional feeling of happiness and kindness and so many other memories and emotions to get me through this epic weekend. It has been one of the most emotional, yet amazing, times of my life.

“I’m already getting ideas for my next big challenge, starting next year hopefully.”

Chris also held a cake sale at Cowm Reservoir on Sunday 19 September to raise even more funds for the Samaritans.

Donations can still be made via JustGiving.