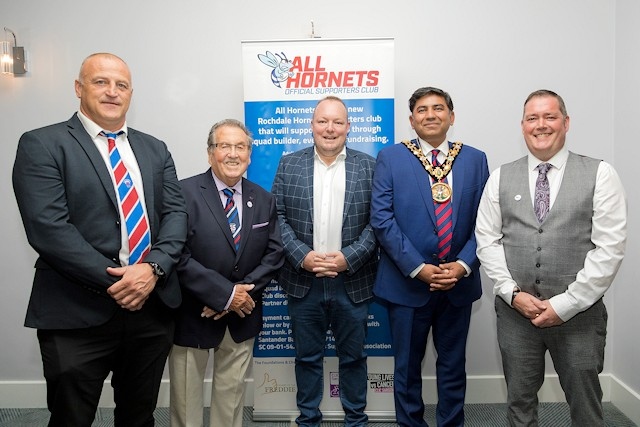 The Mayor of Rochdale Aasim Rashid, council leader Councillor Neil Emmott and Rochdale MP Sir Tony Lloyd were among 120 guests who enjoyed a meal, a quiz, raffle and an auction.

Guest speakers were Phil Veivers and Danny Sculthorpe, a former England rugby league player whose career started as a youth at Rochdale Hornets.

Both were very popular players within the Super League and International level. 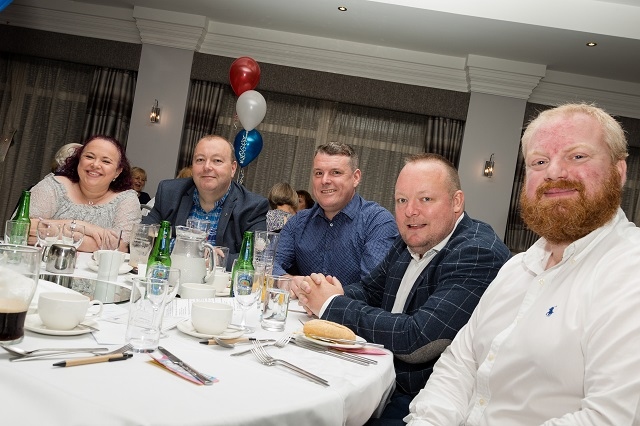 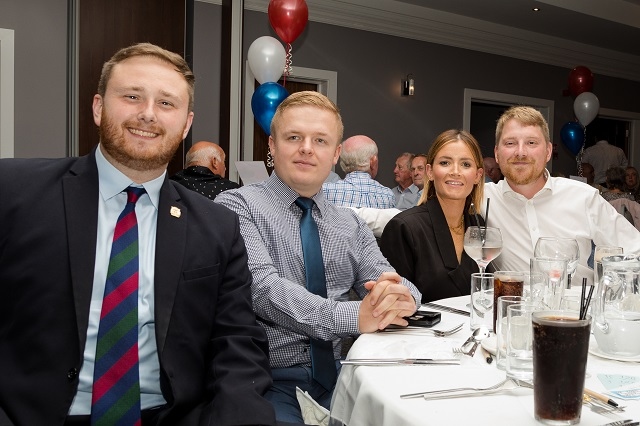 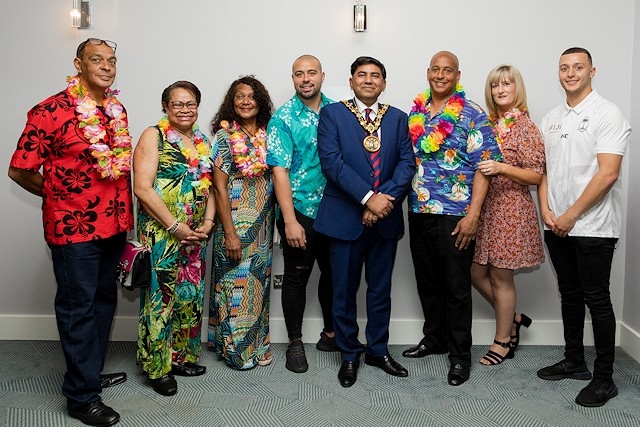 Councillor Peter Rush, a former player and chairman of Rochdale Hornets between 2017 and 2019, said the evening was “very enjoyable and successful.”

The evening was organised by the hard work of the committee of the ‘All Hornets Supporters Club’.

Rochdale Hornets was formed in April 1871 at the Roebuck Hotel, Yorkshire Street, Rochdale, and is one of the oldest surviving rugby league clubs in the world. A historic blue plaque was installed at the Roebuck last month.