You are Here: Home » News » News Headlines » Residents encouraged to report anti-social use of fireworks

Residents encouraged to report anti-social use of fireworks 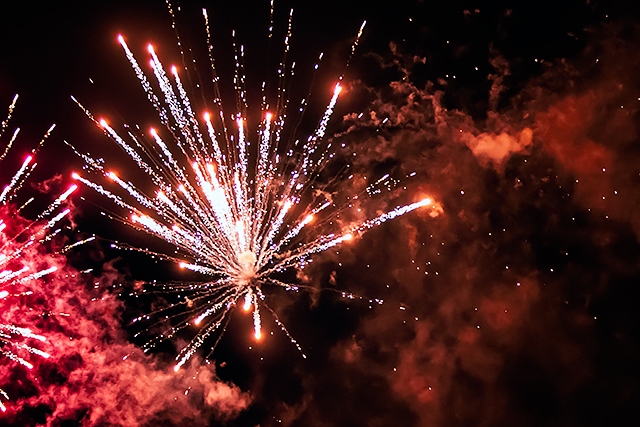 With many accounts of the pyrotechnics being heard across the borough on a nightly basis, Rochdale Borough Council is encouraging residents to report the noise nuisance

Borough residents are being encouraged to report anti-social use of fireworks.

With many accounts of the pyrotechnics being heard across the borough on a nightly basis, Rochdale Borough Council is encouraging residents to report the noise nuisance.

A spokesperson for the council said: “We need this vital, detailed information so we can look into the incidents and act accordingly, which we will do.”

Currently, anyone over the age of 18 can purchase fireworks to put on their own display from home. But in recent years there have been growing concerns over safety and noise levels, with many calling for the pyrotechnics to be banned from general sale – as they are in the Republic of Ireland.

Bonfire Night and firework celebrations can be some of the most stressful times for pets and veterans with post-traumatic stress. Used irresponsibly, fireworks can cause damage to property and significant harm – or even death – to people and animals if used as a weapon.

Fireworks sold to consumers are limited to a cap of 120 decibels in England, the same as the pain threshold listed by the World Health Organisation and approximately the same level of noise heard during a thunderclap.

Many animals have more acute hearing than humans, so the loud bangs and whistles – which, at 150 decibels during a public display, can be as loud as the noise from a jet engine – can cause significant distress and fear and lead to the development of phobia responses.

You can’t buy fireworks if you’re under 18, and it’s against the law for anyone to set off fireworks between 11pm and 7am, except on Bonfire Night, New Year’s Eve, Diwali and Chinese New Year.

You can be fined up to £5,000 and imprisoned for up to six months for selling or using fireworks illegally.