You are Here: Home » News » News Headlines » Oldham-Rochdale Metrolink line is “priority” for crime after nine assaults in one month 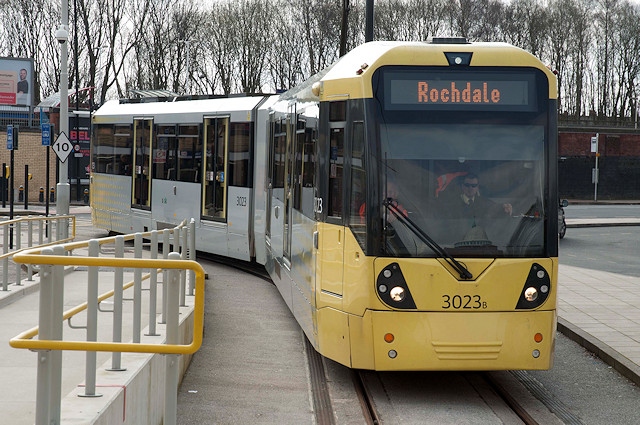 Transport bosses have pledged to crack down on crime on the Metrolink after a number of assaults on the Rochdale to Oldham line in July.

In a report, Transport for Greater Manchester (TfGM) said there were nine assaults on the local tram route, with five involving groups of youths attacking passengers.

Head of Metrolink at TfGM, Daniel Vaughan, published a service performance report ahead of a Greater Manchester Transport Committee meeting.

The report says: “There were 29 reported assaults across the Metrolink network during July, which is the highest monthly total since 35 assaults were recorded at the start of pandemic in March 2020.

TravelSafe is a partnership made up of TfGM and Greater Manchester Police alongside bus operators and Metrolink whose purpose is to support safe and secure transport systems. The report also notes another focus of the TravelSafe Partnership is the occurrence of youths travelling on the outside of vehicles.

Across the Metrolink network for July, there were 19 reported anti-social behaviour incidents, 30 instances of damage to property and 27 obstruction/interference with network operations reports. There were also four sexual assaults and three weapons-related incidents reported.

The number of reported robberies year-on-year to July more than doubled to 13 while there were 45 harassment and intimidation reports, seven drink and drugs related incidents and 22 cases of people riding on couplers between two trams.

TfGM’s Head of Metrolink, Danny Vaughan, said: “In Greater Manchester, through the TravelSafe Partnership (TSP), we work with police, transport operators and local councils to understand, address and tackle issues of crime and antisocial behaviour.

“We use various tactics to do this and, in the case of Metrolink, have our own team of TravelSafe Officers that dedicate 2,000 hours to patrolling our stops and services throughout the day and night, seven days a week.

“We work collaboratively to target our resources where they are needed most, and following a number of recent incidents have made the Oldham and Rochdale line an area of focus.

“For the safety of all our staff and customers, we have an extensive network of CCTV cameras on our trams and stops and people should be warned that if they do step outside the law their actions will be captured.”