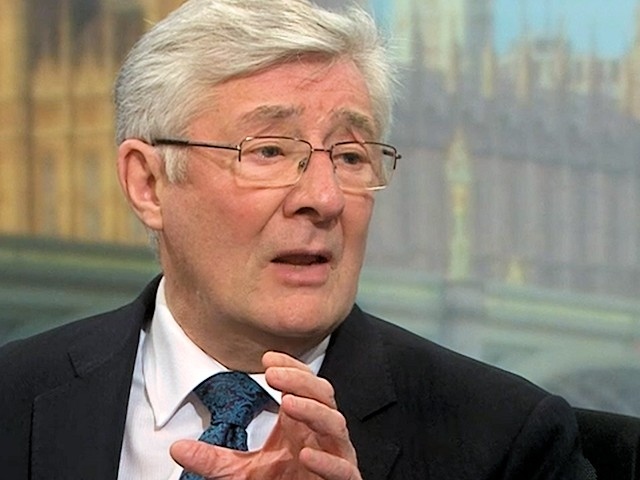 A group of cross-party MPS – including Rochdale’s Sir Tony Lloyd – have called on the Bank of England to align UK finance with the government’s climate goals.

Mr Lloyd has joined more than 50 MPs and peers in penning a letter ahead of the pivotal COP26 climate summit to the Bank of England Governor, Andrew Bailey, recommending the bank put a greater focus on green finance and tighten rules for fossil fuel financing.

The letter comes as the UK prepares to host the COP26 climate conference in Glasgow in November.

In the letter, signatories recommended that the Bank of England ‘unleash green investment’ by “supporting green investment in the real economy by adjusting its lending schemes to provide cheaper credit to commercial banks, conditional on banks expanding their lending for sustainable projects, particularly to small and medium-sized enterprises (SMEs).”

“The Bank of England should work with the Treasury to mandate financial institutions to outline credible transition plans aligned with the Paris Agreement. They should also introduce measures that ensure that the high risk of fossil fuel lending is reflected in regulation, and push for Paris-aligned regulation of the financial system at the international level.”

Mr Lloyd said: "One of the top COP26 priorities identified by the UK is finance.

"If the UK is to lead the way in this crucial area, the Bank of England must set out clear rules to penalise fossil fuel lending and encourage investment in green jobs and sustainable infrastructure.

"It is right that governments drive the decarbonisation effort, but central banks have an equally important role in supporting this, and that includes the Bank of England.

"The bank must now initiate these new remits, using the tools and levers it has available."

A landmark report from the International Energy Agency in May called for 'an end to new investment in fossil fuel infrastructure to maximise the chances of net zero targets being met by 2050' whilst a study that same month – the first analysis of its kind based on data publicly disclosed – found examined banks were responsible for financing the equivalent of 805 million tons of carbon dioxide emissions.

The research – commissioned by Greenpeace and the World Wildlife Federation using 2019 emissions data from company disclosures – found that UK banks and asset managers financed carbon emissions that were 1.8 times the annual net emissions of the UK as a whole, suggesting that UK finance should be considered a ‘high carbon sector’, like oil and gas extraction, coal mining, aviation and transport.

The findings support calls for regulation to be introduced across the sector to bring it into line with Paris Agreement targets of 1.5°C.

According to the Intergovernmental Panel on Climate Change (IPCC), in order to limit global temperature rises to 1.5°C, global emissions need to fall by 45% from 2010 levels by 2030.

However, since the signing of the Paris Agreement in 2015, the world’s largest 60 banks alone have provided £2.7 trillion ($3.8 trillion) to the fossil fuel industry.

UK financial institutions are not currently regulated in the same way as other high carbon sectors and, when it comes to cutting emissions, they are not legally required to align their financing activities with the UK’s or global climate commitments.

Instead, some banks and other financial institutions are making voluntary pledges to reduce their carbon emissions.

The Bank of England’s climate-related financial disclosure 2021 notes that emissions from its physical operations reduced by just over half in 2020. Whilst it notes this was impacted by Covid restrictions on air travel, it says the largest contribution to its reduction came from its shift to renewable energy and “it remains on course to meet an ambitious target of reducing emissions by 63% from 2016 to 2030, a level consistent with the goals of the Paris Agreement and industry best practice.”

It has also made a new commitment to achieve net-zero emissions from physical operations “by 2050 at the latest.”

The disclosure adds that the majority of its financial assets are held in UK government bonds, which “have the second lowest carbon footprint of government bonds amongst G7 nations.”

The Bank of England has also given banks and insurers until the end of this year to “fully embed the climate-related supervisory expectations set in April 2019” and is working closely with the government on its climate agenda.

Current signatories to the letter include MPs from all major UK political parties and the letter remains open for parliamentarians to sign until October, when a full list of signatories will be delivered to the bank.