You are Here: Home » News » News Headlines » Man hit by car on motorway after fleeing police pursuit of ‘stolen’ vehicle is in a “serious condition” 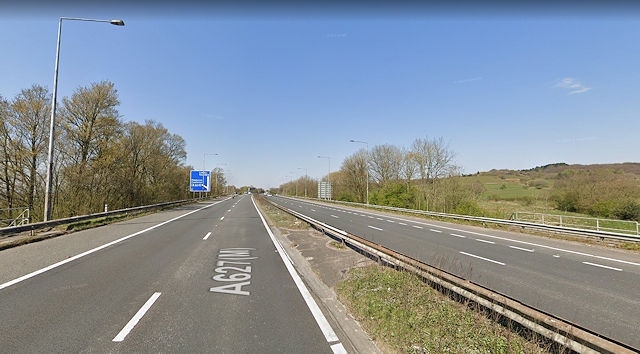 The A627M towards Rochdale near Hough Lane, Middleton

A 32-year-old man is in a serious condition after being hit by a car on the A627M motorway when fleeing a ‘stolen’ car being chased by police.

Police had spotted what they believed to have been a stolen car near Hawthorne Road, in Oldham, and engaged in a short pursuit at around 7.30pm on Wednesday evening (23 September).

The vehicle stopped on Hough Lane near the A627M in Middleton, and the occupants left the vehicle on foot.

A short time later, one of the occupants, a 32-year-old man, suffered serious injuries after being involved in a collision with a vehicle on the A627M just before 8pm.

He remains in hospital in a serious condition.

A second man, aged 28, was arrested nearby on suspicion of burglary and remains in custody for questioning.

The incident has been referred to the Independent Office for Police Conduct in line with policy.

Anyone with any information or DashCam footage is being urged to contact the Serious Collision Investigation Unit via LiveChat on GMP’s website, or call 0161 856 4741 quoting log number 2060 of 23/09/2021.

Alternatively, you can contact the independent charity Crimestoppers anonymously, on 0800 555 111.