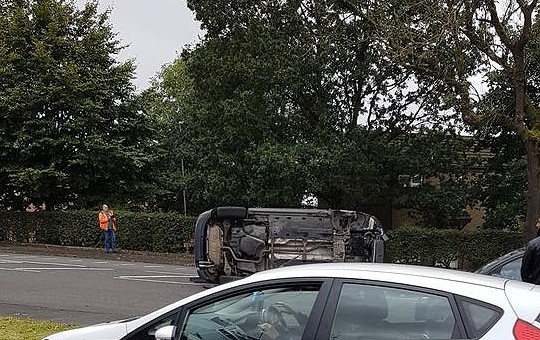 A driver fled a collision which saw a car flipped onto its side on Albert Royds Street on Monday afternoon (4 October).

Emergency services were called to the two-vehicle collision just before 2.10pm.

The driver of one of the vehicles made off from the scene on foot, police said.

No one needed to be taken to hospital.

“One fire engine from Rochdale fire station quickly attended, and a fire service trauma technician attended to one woman at the scene. The crew made the vehicles safe before handing over to colleagues from Greater Manchester Police after just over half an hour.”

Enquiries are ongoing and anyone with information is asked to contact police online, if able, or via 101 quoting incident 1647 of 04/10/2021.