You are Here: Home » News » News Headlines » Asbestos found at former Akzo Nobel site earmarked for 169-home estate, despite ‘clean up’ more than 10 years ago

Asbestos found at former Akzo Nobel site earmarked for 169-home estate, despite ‘clean up’ more than 10 years ago 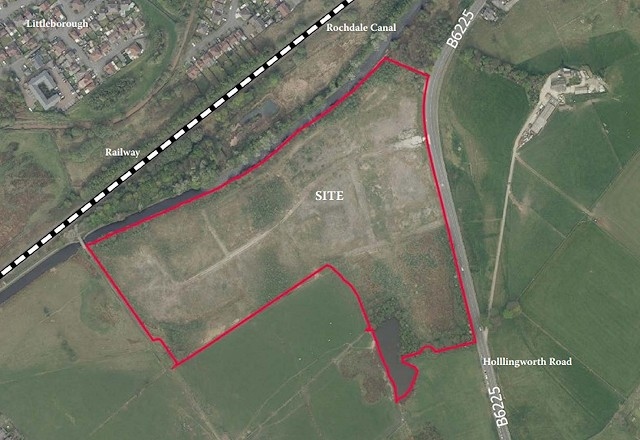 Asbestos has been found at a former chemical works earmarked for new housing- despite a ‘clean-up’ of the land more than 10 years ago.

Controversial plans to develop the old factory site, in Littleborough, have been resurrected, with Homes England and Vistry Partnerships submitting proposals for up to 169 properties last month.

It is the latest scheme to be brought forward after nearly 15 years of attempts to get the 20 acre plot cleaned up and transformed into a new residential development.

Remediation work was undertaken in 2008 and 2009 by CELTIC as part of previous schemes that failed to come to fruition.

But a ‘site investigation review’ submitted to Rochdale Council with the planning application, reveals that asbestos is still present at the former factory plot, off Hollingworth Road.

The document notes ‘numerous’ fragments of possible asbestos containing material (ACM) at the site surface, adding that ‘asbestos fibres and ACM have been noted at site surface and in the material placed to act as an anti-dig layer.

It concludes: “Further remediation is required to trim the area east of the culvert to a residential end use.”

Plans to redevelop the site – which was acquired for £10m by Homes England in 2017 – have long proven controversial in the Pennines village.

There has been fierce opposition from locals, with objectors raising concerns over flood risks, contaminated land, increased traffic and unmapped mine works.

A statement from the trust reads: “All asbestos was supposed to have been removed from the site not crushed and spread all over the site on which people have worked on and off since 2011 without wearing PPE.”

It adds: “The whole site needs cleaning up properly. The council accepted the validation report but Homes England had it checked out hence the findings of asbestos.”

Homes England has responded to the concerns raised over the presence of asbestos at the site.

A Homes England spokesperson said: “Guidance within the technical reports sets out how contaminants on site will be mitigated./p>

“This will take place as part of the development process, either through removal or by controlling contaminants on site. The presence of contaminants doesn’t prevent the site from being developed.”

“All information relating to the site was provided when it was put out to tender and factored into the developer’s appraisal. The developer will take on responsibility for remediation works.”

Rochdale Council says it cannot pre-empt any decision on the planning application – but can ‘provide reassurance’ to residents that it will be consulting, as required, with all relevant bodies on a range of issues ahead of the application being determined.