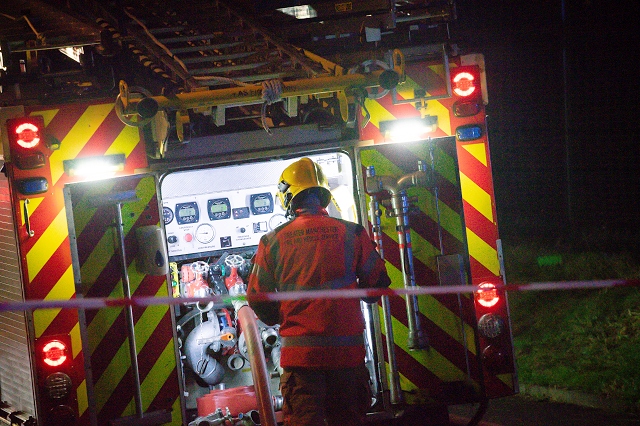 Firefighters were on scene for several hours

Homes were evacuated after a van fire on Tuesday (5 October) in Heywood centre.

Firefighters tackled the Brierley Street blaze at around 5pm after receiving reports of a fire in a van containing gas cylinders.

Two fire engines from Heywood and Bury attended the incident, which closed both Brierley Street and Bradshaw Street.

“Firefighters wearing breathing apparatus used a gas monitor, a thermal imaging camera and other specialist equipment to extinguish the fire.

“Fire crews were in attendance for several hours.”