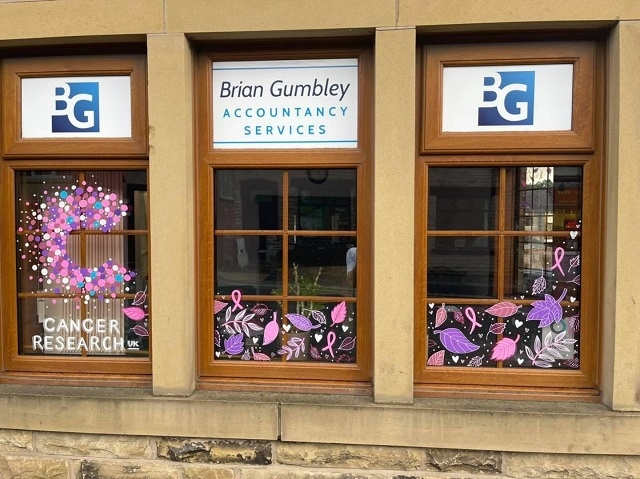 The first pink displays in aid of Cancer Research UK have started to dress windows across Littleborough, Milnrow and Newhey.

All shops and businesses have been invited to become involved by creating a pink window display and providing a charity box and poster (supplied by the organisers) – and they have been joined by nurseries, childminders and the majority of the primary schools in the three areas, which will be having a ‘pink day’ for the cause. 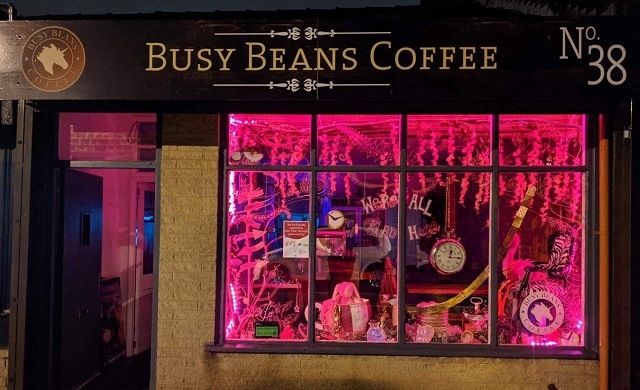 Suzanne Gumbley, one of the organisers, said: “The response has been truly amazing and shows great community spirit in the three areas.

“Thank you to all those who are taking part.

“We would now love to see more homes displaying pink in their windows, doors, or gardens.” 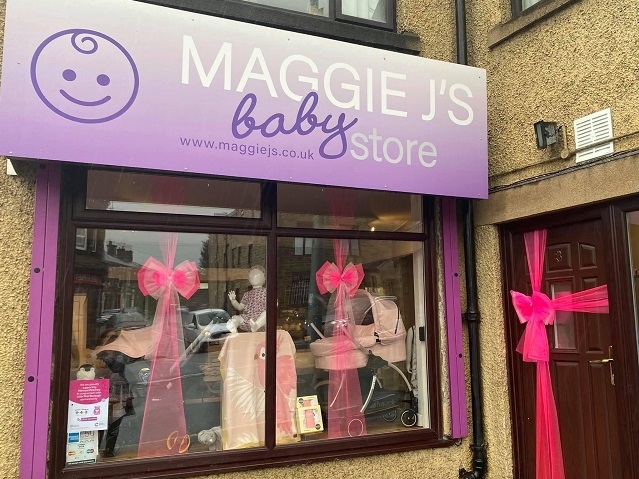 Sarah Preston, Cancer Research, said: “It’s wonderful to see such community spirit within the villages and such fantastic support for the charity; we really appreciate it.” 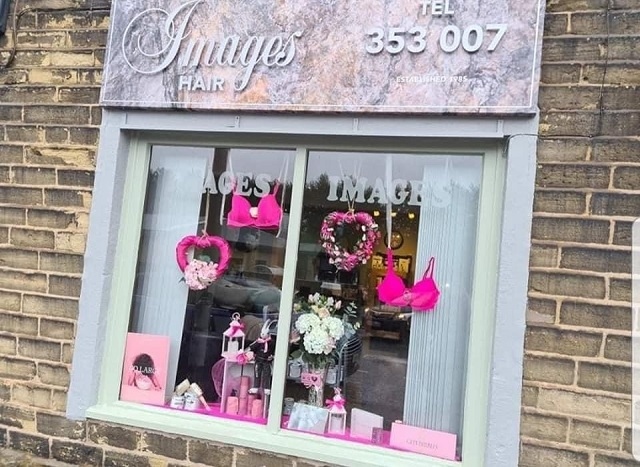 Milnrow ‘Pink’ Hey is in its first year and is sponsored by Brian Gumbley Letting Services Ltd, and Little ‘Pink’ Borough is in its sixth, sponsored by Graffic Detail.

Littleborough’s windows will be judged by Councillors Janet Emsley and Tom Besford and former councillor Ann Stott, on Saturday 16 October from 11am, starting from Dearnley. Littleborough and District Lions will be carrying out a street collection in the town at the end of October. 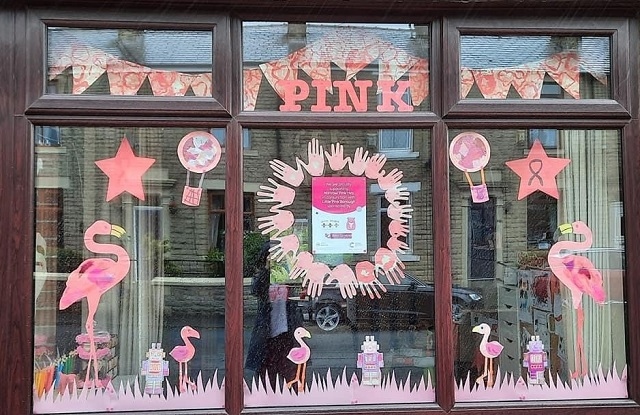 Milnrow and Newhey’s shop windows will be judged on Friday 22nd from 10.30am, starting from Maggie J’s baby store in Milnrow. Judges are local councillors Dave Bamford, Irene Davidson and Andrew Kelly.

A prize is available for the best window display. 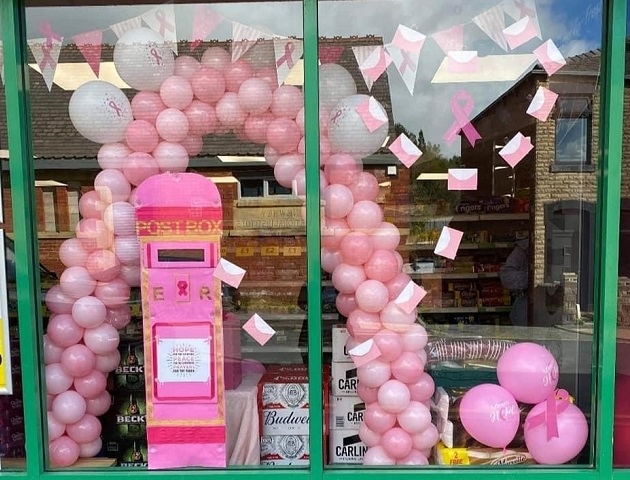 Anyone who has enjoyed seeing the colourful displays is asked to make a donation to Cancer Research UK here.