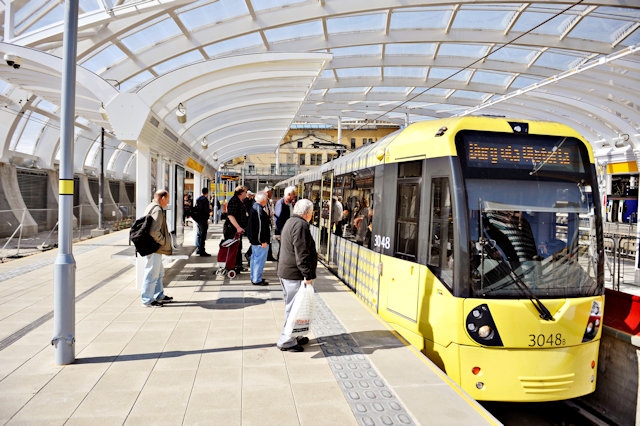 Sunday’s planned Metrolink strike has been cancelled after a revised pay offer was put forward.

Over 300 drivers and supervisors on Manchester's Metrolink tram network had been set to stage a one-day strike this weekend (10 October) after a ‘poor pay offer put to the workforce’ by operator KeolisAmey Metrolink.

However, today (Friday 8 October), Transport for Greater Manchester and KeolisAmey Metrolink confirmed the industrial action has been cancelled after proffering a revised pay offer.

Guillaume Chanussot, Managing Director at operator KeolisAmey Metrolink (KAM), said: “The strike action planned for Sunday 10 October has been cancelled and Metrolink customers can once again travel with confidence. We will operate a regular Sunday service on this date, with some additional services to support the Manchester Marathon.”

TfGM’s Head of Metrolink Danny Vaughan, said: “We’re delighted to now be able to support the marathon with a full Metrolink service on Sunday, although we would still advise planning ahead and allowing extra time for journeys as the trams will be busier than usual.

“We’d also like to remind people of the emergency maintenance work taking place on Saturday morning which will affect some journeys, but which will be completed in plenty of time for the Rugby League Grand Final.

“For those travelling with us this weekend, we have travel information and advice on our website to help you get around.”