You are Here: Home » News » News Headlines » Five community groups in Rochdale approved for first round of One GM grants 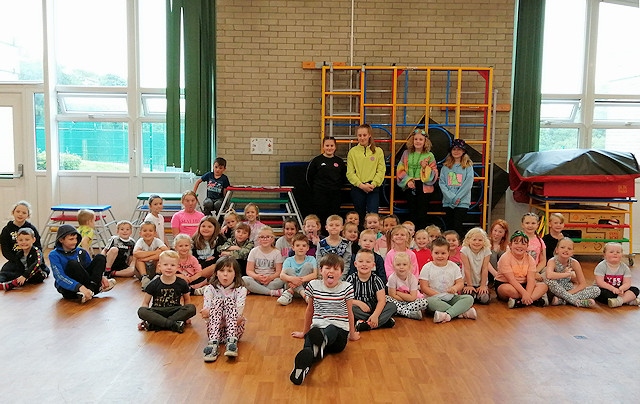 Five community groups in the Rochdale borough have been approved for the first round of One GM Community Fund grants.

The first round of grants has been distributed with a total of £43,848 given out, supporting 46 charities, community groups and organisations across the city region, with all 10 boroughs represented.

The successful applications reflected the diversity of the city region and ranged from BAME youth, LGBT social support, disabled young adults and ‘mature movers.’ The funding supported the areas of food poverty, homelessness and mental health with groups ranging from food banks, community cooking, counselling, as well as a six-week creative arts forest school programme for children affected by homelessness.

Those to benefit from the first round from Rochdale include Cray Junior Activity Club, Rochdale Dawah Centre, Friends of Shamwari, LET'S TALK Find Your Voice CIC and Same Difference Support Hub.

Based at Moorhouse Academy in Milnrow, Cray Junior Activity Club has been awarded £930 for four activity days from the fund.

Club organiser Deborah Davies said: “We had an exciting summer following all the lockdowns over the past year. The club received a grant of £1,185 from Pennine Township in 2019 for four activity days, but these had to wait until the summer of 2021 to happen. Over 160 children enjoyed art, martial arts, boot camp and a hula hooping workshop with sport coaches over the four days, ending the summer with a party. Despite some Covid restrictions, the children had a brilliant time.

“We have now received exciting news that Forever Manchester Charity has awarded the club £930 for four activity days from the One GM Fund. This is great news for the club. The children will enjoy football, netball, and a boot camp session and only pay £3 to cover any extras outside the grants funding.

Mohammed, trustee at Rochdale Dawah Centre which will also benefit from the fund, said: “Firstly we would like to thank the Greater Manchester Mayor’s Charity and Forever Manchester for this opportunity, after a great response to our Mental Health and Wellbeing Pack.”

The centre, based on Yorkshire Street, have produced a Wellbeing Pack for better mental health, including details of local support services for adults, teenagers, and mothers, as well as a workbook with deaf awareness and basic sign language.

“For this grant we aim to translate this pack into Urdu and Bangla to reach these communities to improve their health and wellbeing,” continued Mohammed. “The pack has general tips but more importantly there are details of local support services.”

The One GM Community Fund welcomes applications from grassroots community groups based in any of the ten boroughs of Greater Manchester. The second round of applications are now open with awards of up to £1,000 up for grabs.

Deadline to apply is midday on Friday 22 October 2021.

For more information on the criteria and to apply visit: One GM Community Fund | Forever Manchester.