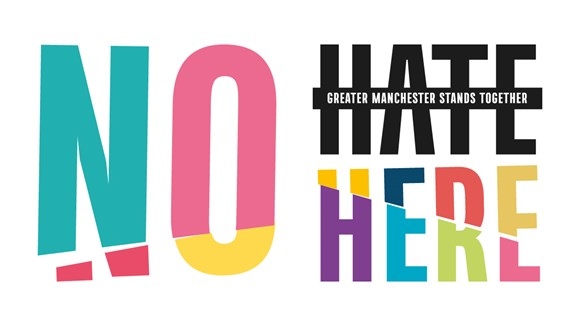 The borough of Rochdale is marking National Hate Crime Awareness Week, which runs from 9-16 October.

Hate crimes are crimes committed against someone because of their race, religion, disability, gender identity or sexual orientation. These are the personal characters currently identified by law, however in Greater Manchester hate crimes against alternative subcultures – such as goths, punks and metalheads – are also recorded.

Attacks on alternative subcultures have been classified as hate crimes by Greater Manchester Police since 2013 – the first police force to do so – after Sophie Lancaster, 20, was murdered in 2007 in Stubbylee Park in Bacup.

Sophie's tragic death prompted a new way of dealing with hate crime and her story has become globally recognised.

Over 8,000 hate crimes were reported to the police over the last year, but most incidents are not reported.

Councillor Susan Smith, portfolio holder for communities and cooperation, said: “Any incident of hate crime in our borough is one too many, no hate crime is acceptable.

“We all have a right to live without fear, hostility and intimidation. Rochdale Borough Council does not tolerate hate crime, hate crime has no place in Rochdale.

“Please don’t stand by if you see someone being abused because of who they are. Take a stand to support them, challenge the abuse if it is safe to do so and report it.

“We really want to work together to make Rochdale the place where we look out for each other.”

A spokesperson for Rochdale Borough Council added that the local authority has been “positively overwhelmed” with local residents signing up to become hate crime reporting ambassadors and booking places for disability hate crime awareness training.

Chief Superintendent Rick Jackson, Greater Manchester Police’s tactical lead on hate crime, said: “The impact of hate crime on victims can be huge and long-lasting. It can leave them feeling isolated, vulnerable, afraid and understandably – angry.

“Diversity is what makes Greater Manchester so vibrant, and it is absolutely wrong for anyone to feel unwelcome or scared because of their faith, race, disability or sexual orientation.

“As we, alongside our partners, mark National Hate Crime Awareness Week, I hope that victims of hate crime feel assured not only that they can feel confident coming forward to the police to report a hate crime, but that that report will be taken seriously and they will be given the correct support moving forward. That is how we show that hate crime is not accepted in Greater Manchester and that offenders will be brought to justice.”

If you’ve been a victim of hate crime, help and support is available even if you don’t want to report the crime to the police. Whatever you’ve been through, you are not alone.

If you have been a victim or a witness of hate crime, you can report it to Greater Manchester Police on 101. Always dial 999 in an emergency.