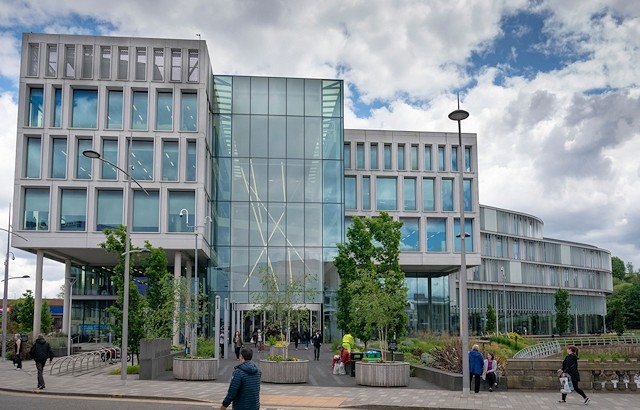 An independent panel has carried out the first review of members’ pay since 2016 – and nearly all its recommendations were accepted at a full council meeting on Wednesday night.

The four-year package includes a freeze on basic and special responsibility allowances, a raise for the chair of the audit committee and a reduction in the qualifying criteria for payment to leaders of opposition groups.

Read more: Councillors’ allowances set to be frozen for next four years – and they will no longer get a mobile phone as part of the jobPublished: 08 October 2021

The basic allowance for all 60 councillors will remain at £11,172 per year – subject to indexation – over the next four years.

Special responsibility allowances (SRAs) are paid on top of the basic allowance to people in senior positions – such as the leader, cabinet members and committee chairs.

The new package of allowances was voted through unanimously and includes:

However, the recommendation for members to give up their council-issued mobile phones and £35 per month for calls and data was rejected.

Under proposed new arrangements, councillors could have been able to claim £20 per month for any council-related use of their own devices.

Council leader Neil Emmott said that, while snubbing this may seem ‘contentious’ there was a ‘very simple’ explanation’ for doing so: it would cost the council more.

The new system, he told councillors, would result in an overall bill to the authority of £14,400 – more than double the £6,625 the authority paid out in 2020/21. This equates to approximately £9.20 each month per councillor phone bill.

When the figures were queried by Rochdale Online, a council spokesperson said that they "did not recognise the £35 figure given to the panel" and is making further enquiries to its origin.

Councillor Emmott said: “...I’m afraid what the remuneration panel is proposing is more than twice the amount we are spending currently on mobile phone usage for elected members.”

“And let’s also be clear,” he continued. “In the last year we probably saw greater usage of mobile phones due to the Covid pandemic.

“Because, very often when we were having virtual meetings on Zoom, some people were not able to access the meeting via computer or laptop and a number of people were having to dial into meetings using mobile phones. Clearly that was using a great deal of data.

Only one other recommendation was rejected – and that was the proposal to stop payments to the two members of the Greater Manchester transport committee.

They currently receive £4,182 per year for carrying out this duty.

Councillor Emmott said: “I think this is an unfair recommendation. Those members serve on the committee – there are even sub-committees of that committee – and they do a sterling job in representing the transport issues in our borough. and I do think they should receive a special responsibility allowance for that.”