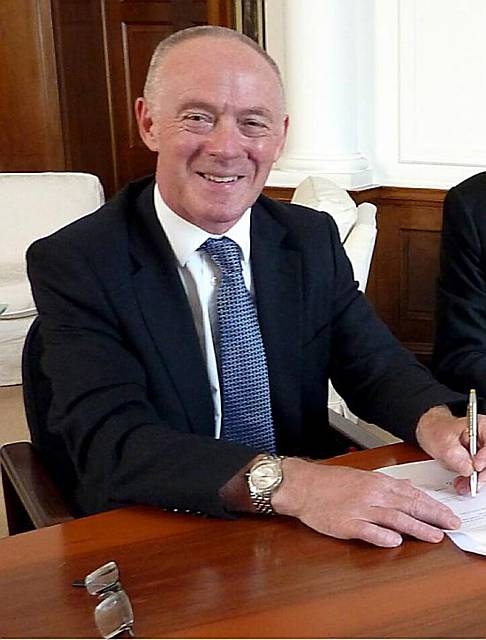 Outgoing Manchester City council leader Sir Richard Leese has been named as the new chair of the newly-established Integrated Care Board for Greater Manchester.

The Integrated Care Board for Greater Manchester will comprise part of new NHS legislation which takes effect from the beginning of April (2022), taking over the role played by clinical commissioning groups (CCGs) which will no longer exist.

The board will take on responsibility for the day to day running of the NHS, planning, and buying health and care services – known as commissioning – and developing local plans to meet the needs of residents.

Integrated care systems are partnerships between the organisations that meet health and care needs across an area, coordinating services and making the system work better for the public and the professionals who serve it so they can work more closely and effectively together.

The Health and Care Bill 2021, which contains a series of measures to formally establish lead integrated care systems, is currently at Committee Stage receiving a detailed examination following its second reading.

Sir Richard, who has been a Manchester City councillor since 1984, has had a significant role in the region’s health after being one of the signatories to Greater Manchester’s devolution deal in 2015. The deal meant Greater Manchester took charge of the £6bn spent annually on health and care.

After 25 years leading Manchester City Council, Sir Richard is stepping down from the role in December. Since its inception, Sir Richard has chaired Manchester’s Health and Wellbeing board, which plans health and social care services for the city; and in the early 2000s, was chair of Manchester, Salford, and Trafford Health Action Zone, which brought together partners to tackle health inequalities.

Covid response, recovery and the largest vaccination programme in history has dominated Sir Richard’s tenure as chair of the Health and Social Care Partnership so far.

Reflecting on his new appointment, Sir Richard said: “I am really pleased to have been confirmed as chair-designate of the Integrated Care Board (ICB) for Greater Manchester and look forward to building on our strong track record of partnership working to deliver for our 2.8 million residents.

“We have achieved much through voluntary and collaborative working, not least a shared vision; but legal reform will help break down structural barriers to progress and promote true joined up working.

“As the country tentatively starts to recover from Covid and our public sector services face unprecedented demand across all areas, we must now use the opportunities these new ways of working present to take a bigger and more active role in addressing inequalities. We will strengthen our working with local communities, including the voluntary sector, making us all partners in shaping services. We will continue to keep our workforce centre stage, supporting them and helping them to work together to provide joined up care in the interests of the public.

“Our vision has always been to improve people’s health and wellbeing – physical and mental, and to make our city region a great place to grow up, get on and get old. Whilst we have made good strides in many areas, such as improved school readiness and reduced mortality from killer diseases, we know that we’ve further to go in other areas and are determined to renew our focus.

“We are now developing our next ambitious five-year plan and I am confident we can continue to make great progress together.”

The next step is to recruit the chief officer role for the Integrated Care Board and more information will be announced on this soon.