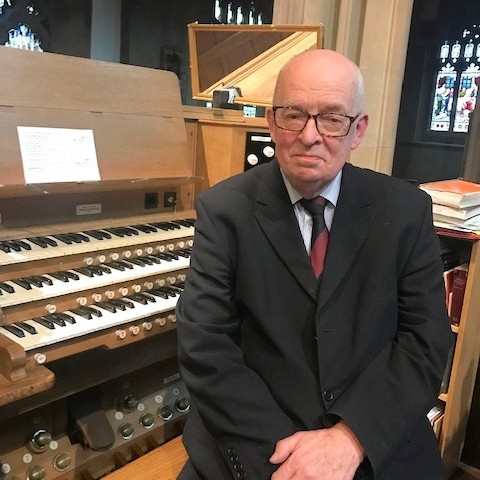 Oldham, Rochdale and Tameside Organists’ Association continued its series of recitals at Rochdale Parish Church with a performance by the celebrated organist and choral director, Simon Lindley.

Unusually, his informative introduction included a plea to save applause until the very end of the programme. This proved most effective. It allowed each piece to own its place in the acoustics and perhaps should be encouraged for other concerts.

Key skill challenges for the organist involve quickly coming to terms with each unique instrument in its location and finding suitable music to exploit its potential. The organ at St Chad’s was originally built by Hill & Son in 1885. It has been rebuilt three times, in 1926 and 1959 by Harrison and in 2011 by Principal Pipe Organs. Simon Lindley put this fine instrument through its paces in a wide range of musical styles and in masterful fashion.

Following Elgar’s evocative Cantique and Prince Johann Ernst Concerto in G major transcribed by JS Bach, we had the premiere of Remembrance (2021) by contemporary composer Robert Cockroft, which was composed last month and inscribed to Simon Lindley himself.

Compositions by the doyen of English organist-composers between the wars, Sir George Thalben-Ball, his famous, haunting Elegy in B flat and sparkling Tune in E, in the style of John Stanley, were supremely suited to this instrument.

Marco Enrico Bossi’s playful and enchanting Scherzo in G minor led neatly into a joyful finale with March in C by Lefébure-Wély, which perhaps owed as much to the circus and opera comique as the cathedral.

This was the annual Brereton Memorial fundraising concert and Dr Judith Brereton spoke affectionately of her late parents, Philip and Gwen who were past mainstays of the Oldham, Rochdale and Tameside Organists’ Association and after whom the fund is named. It continues to help young organists and other musical causes.