Driver arrested after car flipped onto flower bed in Middleton 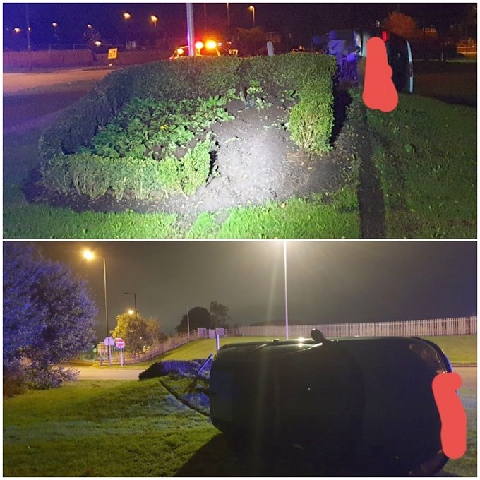 The Peugeot overturned in a flower bed

A motorist has been arrested on suspicion of drink driving after a car overturned in Middleton.

Police posted news of the arrest on Twitter in the early hours of Monday morning (18 October).

According to the post, the Peugeot left the M62 at Junction 19 for Middleton, but appeared to lose control.

The car overturned on a flower bed, before stopping on its side.

Police said the driver was found on Hollin Lane, and then failed a breath test.

The driver was arrested and the Peugeot seized.