You are Here: Home » News » News Headlines » Housing association under pressure to ‘produce the goods’ as plans to regenerate deprived area signed off 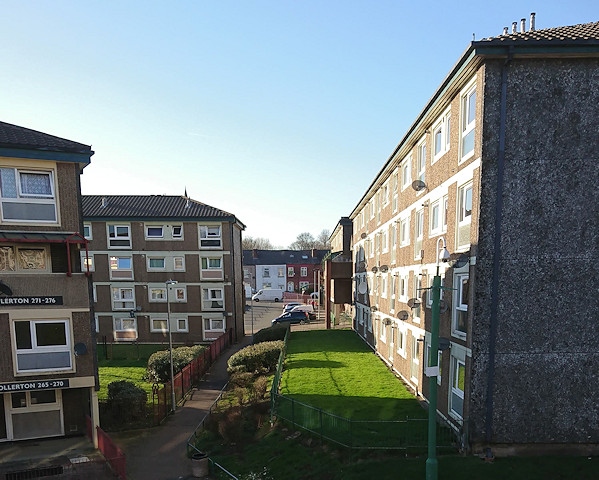 A housing association has been urged to ‘produce the goods’ after a masterplan for the regeneration of one of Greater Manchester’s most deprived areas was signed off.

Rochdale councillors agreed to adopt a ‘supplementary planning document’ for Lower Falinge at a cabinet meeting on Thursday night.

It comes after a six week public consultation held earlier this year.

The document will underpin the renewal of the neighbourhood, which lies just to the north of Rochdale town centre, bordered by Spotland Road, Sheriff Street and Falinge Road.

It establishes the principles for development in Lower Falinge over the next 10 to 15 years, and sets out four ‘broad areas of focus’.

As well as new housing, other ‘opportunities’ identified in the document include improved and safer pedestrian access to the town centre.

The SPD will also link to the wider town centre regeneration programme and be a ‘material consideration’ when the council determines future planning applications.

Councillor Danny Meredith, cabinet member for housing, told the meeting he backed the adoption of the plan – noting how regeneration in Kirkholt would have been a much speedier process had an SPD been in place.

But he said the ball was now in the court of Rochdale Boroughwide Housing (RBH), which owns and manages the social housing in Lower Falinge.

RBH has its own masterplan for both Lower Falinge and College Bank (Seven Sisters), which has proven highly controversial due to the proposed displacement of tenants and demolition of homes.

Councillor Meredith has previously been fiercely critical of RBH – often pressing its bosses to provide specific figures over the number of houses it plans to build and what the housing and tenure types would be.

And despite his support for the SPD, he renewed those calls at the cabinet meeting.

“I’m very willing to support this as it is a plan for that area, but I don’t want to see demolition of blocks going on from RBH until a full plan is in place about what type of tenures are going to be,” he said.

“I think that RBH needs to come along now and produce the goods, really and actually say what are they going to be building in that area and what they are going to be doing.

“The SPD is there to give the masterplan for that area to make sure we are actually producing it on the council side and [showing] where we are going forward with it.

“It’s just our partners need to come forward now and say what they will actually be doing in that area.”

Five of the 1960s blocks in Lower Falinge are being demolished to make way for 55 new family homes, comprising 33 one and two-bedroom flats and 22 two and three-bedroom houses, together with a new park and play space to provide a new “green heart” at the centre of the estate.

The first two blocks in Lower Falinge were demolished in November 2019 along with the link bridges.

Residents in the Abbeydale, Yarwell and Exbury blocks, the next to to be demolished, have already moved or are set to move in the near future, with RBH preparing to demolish the blocks "as soon as possible."

A statement on the Lower Falinge and College Bank website, dated 12 October 2021, said: "As part of the requirements for demolition, we are required to submit a notice to Rochdale Borough Council to tell them that we intend to demolish the blocks in the near future. You may have seen the notices that we have put up in the neighbourhood – these notices are part of the process.

"We hope to be in a position to begin demolition early next year, and we will make sure that nearby residents are informed as soon as we are able to provide a confirmed timescale."

A spokesperson for RBH said the housing provider was ‘delighted’ that the council had approved the SPD for Lower Falinge.

They added: “This will now help us deliver the next phases of the long term plans we have developed with residents since 2017.

“It will enable us to deliver more new affordable homes, and provide a better quality and mix of homes, to meet the range of needs of current residents and future generations.”