You are Here: Home » News » News Headlines » Man jailed for spiking woman's drink and then sexually assaulting her

Man jailed for spiking woman's drink and then sexually assaulting her 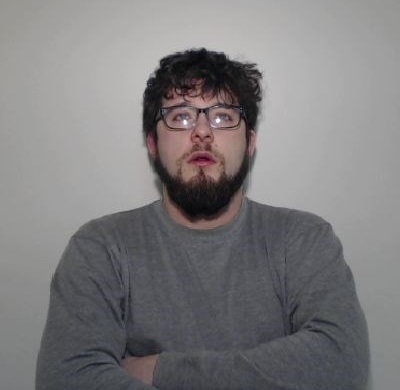 A man has been jailed for spiking a woman's drink with cocaine in a Manchester nightclub and then sexually assaulting her in Rochdale.

Sean Howarth, 31, of Huddersfield, also emptied the woman's bank account while she was unconscious in what detectives describe as the 'the premeditated violation of a young woman'.

Howarth, originally from Rochdale, was sentenced at Minshull Street Crown Court today (22 October) having pleaded guilty at a previous hearing to administering a substance with intent to commit a sexual offence, sexual assault, offering to supply a class A drug, theft and fraud.

Today he was jailed for seven years and two months and will have to sign the Sex Offenders' Register for life.

Howarth went to a nightclub in Manchester city centre in February 2019 where he joined a group of women. He then made unwanted advances to one of the party and offered cocaine to one of her friends.

At some point during the evening, Howarth spiked the victim's drink with cocaine. After the victim - who was 19 at the time - became unwell and incoherent, he lured her away and took her to the Royal Toby Hotel in Rochdale, where he had a room booked.

Howarth told the night porter the woman was his sister and just needed to sleep off too much alcohol.

He then carried the unconscious victim down the hallway, which was caught on CCTV, and into his room.

Once inside the room, Howarth recorded himself pulling down the lower clothing off the unconscious victim and sexually assaulting her.

While the victim was unconscious, he used her thumbprint to access her mobile phone.

He then transferred all the money from her bank and into his and photographed her personal details, including emails, passwords, social media accounts and Apple ID.

When the victim woke in the morning, she didn't know where she was or how she had got there.

Howarth told her she had given her phone to her friend the previous night but later sold it to a second-hand goods store.

Detective Constable Russell Clarke, of Rochdale CID, said: "The circumstances of this case are truly shocking and involved the premeditated violation of a young woman.

"Howarth gave her no consideration as he exploited her in order to satisfy his own sexual and financial greed.

"He went out that night and, at some stage, decided he was going to drug, lure away and sexual abuse this young woman who was simply enjoying a night out with friends.

"If that wasn't enough, he then further exploited her by stealing her money, phone and personal information.

"The impact that this has had on her is immeasurable and my thoughts are with her as she continues to come to terms with what happened. She has shown considerable courage in the face of everybody's worse nightmare.

"Throughout the investigation, Howarth failed to take full responsibility for his predatory behaviour.

"He changed his story on a number of occasions, spinning a web of lies as he persisted in trying to distance himself from what he had done.

"This ultimately caused further distress to the victim and it was not until the day of his trial that he accepted the case against him and finally changed his plea.

"Howarth will now have the necessary time to consider what he has done.

"We have seen in recent weeks the impact drink-spiking has on victims; we will investigate all reports thoroughly.

"I hope this conviction will act as a warning to all others capable of such crimes that we will do everything within our power to bring them to justice."

Saint Mary's Sexual Assault Referral Centre, Manchester provides a comprehensive and co-ordinated response to men, women and children who live or have been sexually assaulted within Greater Manchester. They offer forensic medical examinations, practical and emotional support as well as a counselling service for all ages. Services are available on a 24-hour basis and can be accessed by calling 0161 276 6515.

Greater Manchester Rape Crisis is a confidential information, support and counselling service run by women for women over 18 who have been raped or sexually abused at any time in their lives. Call on 0161 273 4500 or email help@manchesterrapecrisis.co.uk