You are Here: Home » News » News Headlines » Zen donates £11,000 to its charity of the year Rochdale and District Mind

Zen donates £11,000 to its charity of the year Rochdale and District Mind 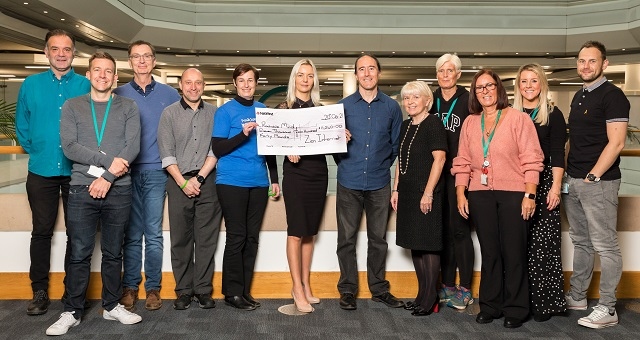 Throughout the two years, staff at Zen raised money internally with various fundraising activities including a Christmas fair, quiz nights and a dress down day

Mental health charity Rochdale and District Mind has been presented with a cheque for £11,400 by Zen Internet.

Zen, which is based at Sandbrook Park, originally made Rochdale and District Mind the company’s charity of the year in April 2019 for one year. Due to Covid, they sponsored the charity for another 12 months to raise even more much-needed funds.

Throughout the two years, staff at Zen raised money internally with various fundraising activities including a Christmas fair, quiz nights and a dress down day.

Zen has also supported the charity by decorating some of the wellbeing centre rooms, providing Wi-Fi at a reduced cost, and collecting donations from spectators at a Rochdale AFC match.

Rochdale and District Mind will use the donations towards many projects, including furnishing some of the rooms in the wellbeing centre to make them more welcoming and comfortable for service users.

Funds will also be used to set up and facilitate more needed groups such as an art group and a music group.

“The support that Zen staff gave us at the World Mental Health Day event last month was invaluable.

“We look to continue supporting future events with the donation, such as Men’s health awareness in Movember.”