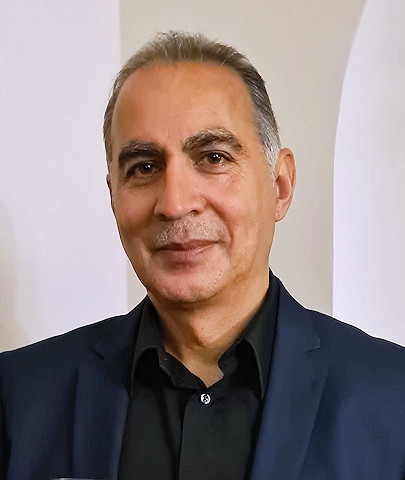 Deputy Lieutenants are appointed by the Lord-Lieutenant for their endeavours over many years working to enhance the fabric of Greater Manchester, recognising an individual’s contribution to local, county, or national life.

Alongside Deputy Lieutenant Ian Sandiford, also from Rochdale, Asrar has agreed as part of the new role to voluntarily help and work within the county until the age of 75, continuing to make a valuable contribution to the community for many years to come.

He served in a range of departments including the CID and was the Inspector responsible for policing the City Centre of Manchester - regarded one of the busiest/challenging locations - and later served as a Detective Chief Inspector in the Prevention of Terrorism Unit, London.

Now retired, Asrar remains a consultant and a subject matter expert for the National Crime Agency and is a member of the Greater Manchester Advisory Committee. He was a member of the University of Manchester General Assembly and a non-executive director of a mutual housing organisation.

Since retirement, he has also voluntarily worked in refugee camps in Greece following the crisis in the middle east where he supported many displaced people, including setting up outdoor cinemas for children in the evenings using old PowerPoint projectors.

Locally in Rochdale, Asrar, together with his family, run the Amaani Initiative: a project aimed at enhancing the local environment and making people more climate aware, with the aim of tackling climate change. He was recognised by the Royal Horticultural Society for his contributions.

A special trophy for outstanding contribution was also presented for the very first time to Asrar at the North West in Bloom Awards ceremony this year, held at Number One Riverside in Rochdale on 4 November. The Bill Blackledge MBE Chairman’s Award was presented to Mr Ul-Haq in recognition for his work in the local community and Masjids in Bloom.

Inspired by the Amaani Initiative, five local mosques all took steps to help fight climate change, combat carbon emissions, and enhance the beauty of their neighbourhoods for the first ever Masjids in Bloom this year.

Currently, Asrar is learning about the contributions made by soldiers from South Asia in WW1 and WW2.

As part of his new role, DL Ul-Haq will be able to advise on the process for putting forward nominations for national honours for individuals and nominations for The Queen's Award for Voluntary Service for local organisations, as well as the Queen's Awards for Enterprise, and will attend events such as Citizenship ceremonies and Remembrance Sunday parades as a representative of the Lord-Lieutenant and essentially Her Majesty the Queen.

Following the official announcement of his appointment placed in The Gazette – an official public record – on 9 November, Asrar said: “I am over the moon. I’m thrilled to be appointed to the role and given the commission.

“Her Majesty the Queen's green canopy project will allow me to maximise the impact of the Amaani Initiative and plant more trees to enhance the local environment.

“I hope I can continue to work for the benefit of the community and Rochdale itself.”

There are Deputy Lieutenants within each of the ten boroughs of Greater Manchester and they are the eyes and ears of the Lord-Lieutenant working closely with their respective local authorities, voluntary agencies, the Cadet Forces, plus more. They are a valuable resource to local and voluntary organisations because many have experience of the challenges faced by voluntary groups and can advise and assist organisations in the fulfilment of their ambitions.

They also encourage local individuals and groups to nominate appropriate individuals who might be suitable for consideration for national honours, invitations to Buckingham Palace Garden Parties and on anniversaries warranting a message from The Queen.