You are Here: Home » News » News Headlines » Ten arrested as detectives continue to investigate violent disorder at Old Trafford in May 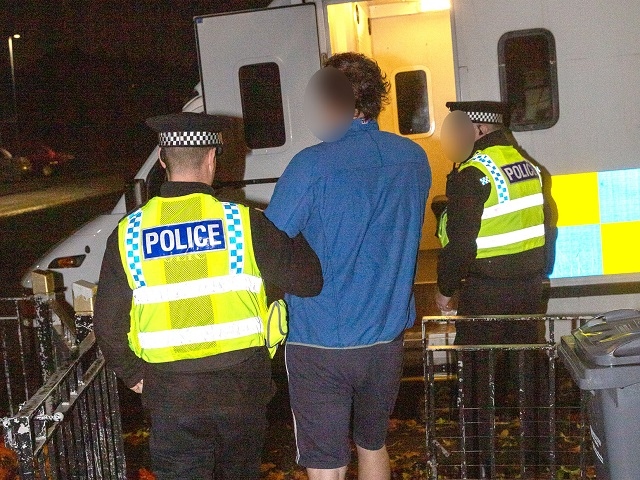 The men, aged between 20 and 51, were arrested on suspicion of violent disorder and burglary; all remain in custody for questioning

Ten men have been arrested in connection with the violent disorder and protests before the Manchester United v Liverpool match scheduled at Old Trafford football ground on Sunday 2 May 2021.

The warrants were executed during the morning of Wednesday 17 November in the Greater Manchester, Lancashire and Cheshire areas.

The men, aged between 20 and 51, were arrested on suspicion of violent disorder and burglary. They all remain in custody for questioning.

Officers continued to monitor the situation, but the situation began to grow in hostility and protestors managed to break onto the pitch.

Multiple GMP officers were left with injuries after flares were let off and bottles and barriers were thrown at police officers and horses.

A full investigation was launched and detectives have spent months following multiple lines of enquiry and reviewing hundreds of hours of CCTV footage to identify the many individuals involved.

To date, 18 people have been arrested and 5 of those have been charged.

Do you recognise any of these men?

Detectives have also released images of men they would like to speak to in connection with the protests and are appealing for anyone who may recognise any individual to get in touch with police. 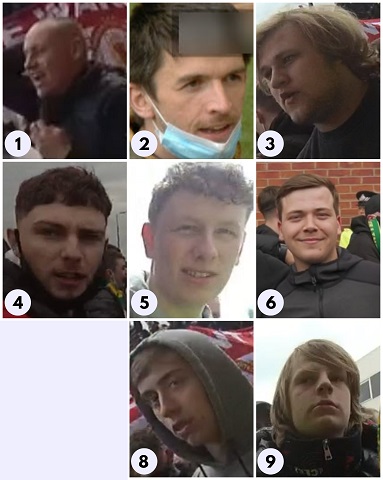 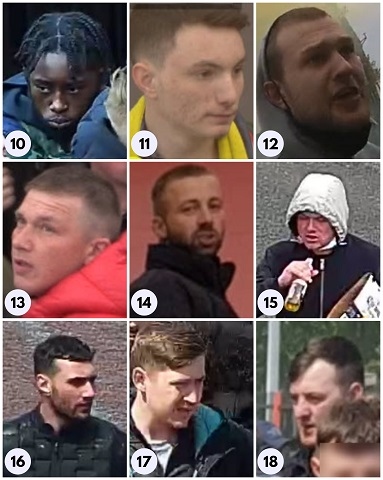 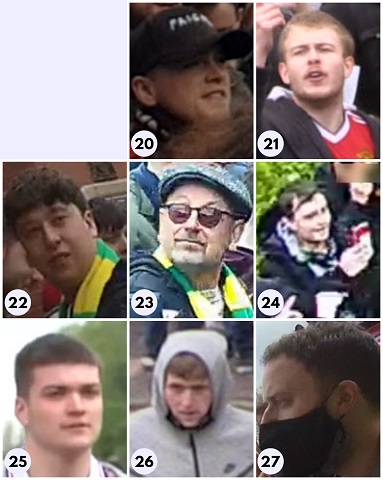 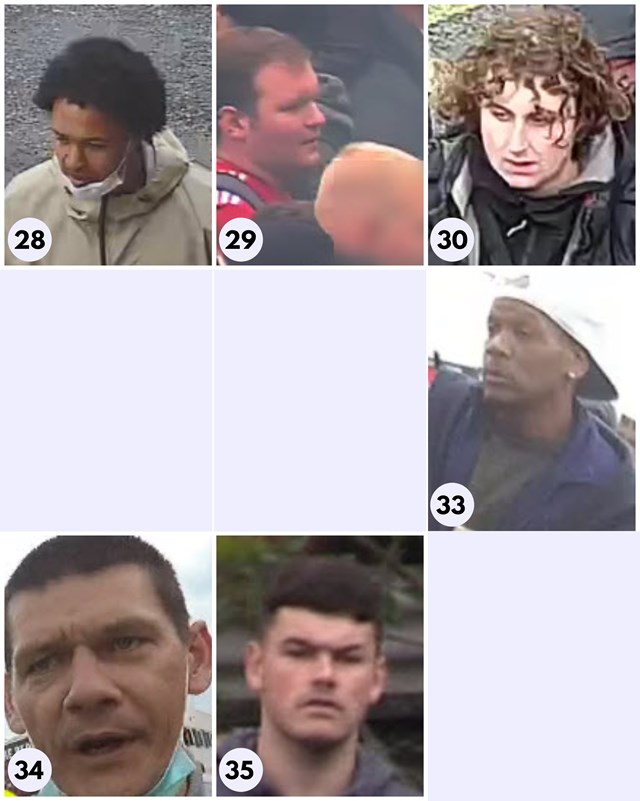 Detective Inspector Andy Fallows of GMP's Major Incident Team said: "The violence and disruption back in May, particularly towards the police, was completely unacceptable and unnecessary.

"Our team have been working day in day out since May to ensure all those involved are identified and face up to the consequences of their actions. Today's arrests are a significant step forward in our commitment to do so.

"We're also releasing images of men we're keen to speak to and I am confident that there are people out there who will be able to provide us with credible information that will help us to identify them. If you have any information, or footage, that could assist our enquiries then please get in touch as soon as possible."

Video and information can also be submitted to GMP's Major Incident Public Portal.