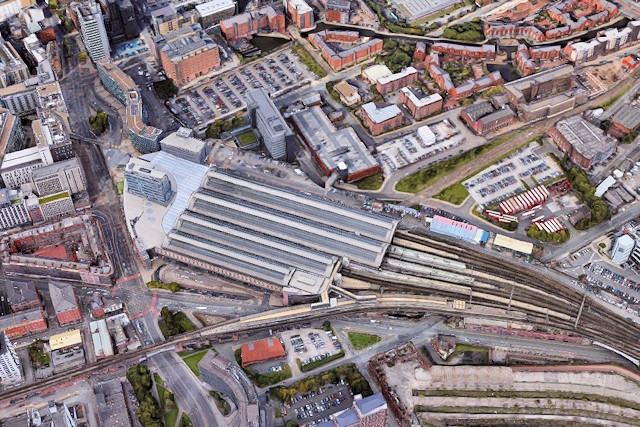 Plans for the High Speed 2 train to reach Leeds have been axed by the government, whilst the Northern Powerhouse Rail high-speed line has been downgraded, causing the government’s long-awaited rail plan to be branded “woefully inadequate” by Northern transport leaders.

The new high-speed HS2 railway had been expected to directly connect Manchester, Leeds, Birmingham and London.

Now, after years of planning and investment, the eastern leg of HS2 – the East Midlands to Leeds – has been scrapped – despite prior government pledges that the high-speed route would be built.

Yet the new £96bn ‘upgrades’ plan instead provides a £100m for a study to look at how HS2 trains might serve the city. Instead, a shorter high-speed line will link Birmingham to East Midlands Parkway. HS2 trains will then travel as far as Sheffield on upgraded mainline tracks.

The western leg of HS2 – from Crewe to Manchester Airport and Manchester Piccadilly – will go ahead as planned. Work has already started on the first phase, linking London and the West Midlands, which is expected to open between 2029 and 2033.

The Crewe to Manchester phase is now expected to open between 2035 and 2040.

And plans for the Northern Powerhouse Rail east-west high-speed line have been downgraded. This network was proposed to link both east and west coast main lines with HS2.

The Northern Powerhouse Rail was first announced by former Conservative Chancellor George Osborne in 2014, where he referred to a "third high speed rail" which would connect Manchester to Leeds.

After becoming Prime Minister in 2019, Boris Johnson reiterated that he wanted to deliver the line, linking Liverpool to Leeds via Manchester and Bradford.

However, the government has now said there will not be a new line between Manchester and Leeds. It claims it is still delivering the Northern Powerhouse Rail through additional investment and upgrades.

Instead of fully electrifying the line, only sections between Liverpool and Warrington, Leeds and the Standedge tunnels, and Leeds and Bradford will be upgraded.

The rail plan says other options for full newbuild lines from Liverpool to Leeds via Manchester and Bradford were “carefully examined,” but would have made journeys only four minutes faster for an extra £18bn cost.

Speaking in the Commons, Transport Secretary Grant Shapps said a “rethink” was needed on HS2: “When I became Transport Secretary in 2019, the HS2 project was already about 10 years old. I was concerned that costs were rising and that newer projects like Midlands Rail Hub and Northern Powerhouse Rail hadn’t been fully factored into the plans.

“Under the original scheme, the HS2 track would not have reached the East Midlands or the North until the early 2040s.

“Clearly, a rethink was needed to make sure the project would deliver for the regions that it served as soon as possible.”

The government’s rail plan has been branded “woefully inadequate”, “second class” and a “betrayal.”

Councillor Louise Gittins, Interim Chair of Transport for the North, has called the plan “woefully inadequate" whilst  Rochdale MP, Sir Tony Lloyd, has also slammed ministers for the move, calling the plan "laughable and insulting."

"Rochdalians will likely face a record increase in rail fares in a few months time, paying more than 50% to get to work than a decade ago.

"Instead of taking action on the cost of living crisis affecting us here in Rochdale, and fixing the transport problems they created, the Government are looking the other way, trapping us in a cycle of regional inequality, high tax and low growth.

"It's laughable and insulting to expect people to be satisfied with watered down schemes and crumbs from the table from a Prime Minister who has gone back on his word at the first opportunity."

Henri Murison, director of the Northern Powerhouse Partnership business group started by George Osborne, said: “The lack of a full new line across the Pennines will dramatically reduce the capacity and potential for rapid economic growth, in particular in the cities of Leeds and Bradford. What Northern leaders had proposed was an economically transformational vision. What we have is, as ever, second class.

“The complete failure to deliver the Eastern leg of HS2 in the North is a major blow – another review is not what the North has consistently and coherently called for. We will continue to fight for HS2 in the North, which needs to be a phased project starting with a brand-new line from Leeds to Clayton, alongside the immediate electrification of the conventional line between Leeds and Sheffield.

“In addition, the lack of commitment to the Leamside Line means the benefits of Northern Powerhouse Rail to the North East are significantly constrained – this must be delivered to ensure the whole of the North benefits from rail investment.”