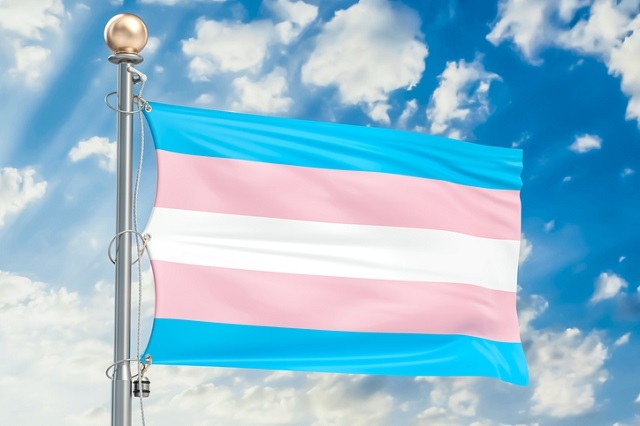 The transgender flag will be raised by the Mayor of Rochdale on Saturday (20 November) for the Transgender Day of Remembrance.

Mayor Councillor Aasim Rashid will raise the iconic pink, white and blue flag and local young people will share their reflections. A minute’s silence will also be held to remember those whose lives have been lost.

The Transgender Day of Remembrance is an annual observation, honouring the memory of trans people whose lives have been lost in acts of anti-transgender violence.

Findings from the 2020 Transphobic Hate Crime Report by Galop, the UK’s LGBT+ anti-abuse charity, showed LGBT+ hate crime is disproportionately on the rise in the UK with four in five trans people having experienced a form of transphobic hate crime – such as verbal, physical or sexual assault; harassment; discrimination; and death threats.

Most trans people had received transphobic abuse from a stranger whilst many had received abuse from an ‘activist’ or family member. One in five had even been targeted by a co-ordinated group.

Recorded transphobic hate crime has doubled in the last three years – and only one in seven trans people are reporting their experiences. One in three said they “experienced too many incidents to report them all.”

Incidents were reported as having taken place across a variety of contexts, including online, on the street, in a public building, at work or an educational setting, on public transport or at home.

The Transgender Day of Remembrance was founded in 1999 by Gwendolyn Ann Smith, in recognition of the 1998 murder of Rita Hester, a ‘highly-visible’ member of the transgender community in Boston, Massachusetts.

Rita was stabbed 20 times in her apartment before being rushed to hospital, but sadly died after being admitted. Her killers have still not been found.

Gwendolyn co-ordinated a vigil in Rita’s honour the following year, which also commemorated all those who have been killed by anti-transgender violence.

The flag raising begins the start of Rochdale’s pride celebrations, Rochdale In Rainbows.

It will take place at 9.30am at Number One Riverside; members of the LGBTQ+ community (lesbian, gay, bisexual, transgender, queer, and other non-binary or gender non-conforming identities) are welcome to attend, as are allies.