You are Here: Home » News » News Headlines » BTEC funding to be lost from 2024 following launch of T-levels 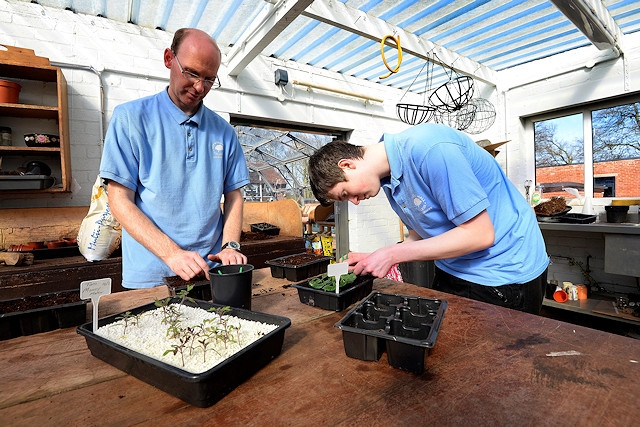 BTEC qualifications will no longer by funded by government from 2024 under new reforms to overhaul the further education system.

The government plans to make A-levels and their new technical alternative – T-levels – the main post-GCSE options alongside apprenticeships. As a result, funding for most BTEC qualifications will be removed.

Under current proposals, larger BTEC qualifications (equivalent in size to two or three A-levels) will be scrapped if the government deems they ‘overlap’ with A-levels or T-levels.

T-Levels are new qualifications, designed in conjunction with employers and equivalent to three A-Levels. T-Levels include a minimum of 45 days of work placements to make students work-ready.

Following a campaign urging the government to rethink its plans – involving a letter signed by a cross-party group of 118 MPs and peers, including Rochdale MP Sir Tony Lloyd – the Secretary of State for Education, Nadhim Zahawi, announced the original reform timetable would be delayed by a year, with overlapping qualifications due to lose funding from 2024.

Speaking on Monday 15 November, Mr Zahawi said: “Acting on evidence is one of the reasons why I have decided to take a more nuanced approach to BTECs.

“It is right that we are simplifying the qualifications system. Students entering higher education with some BTECs are more than three times as likely to drop-out of their course than those entering with just A-levels. And there are over 12,000 qualifications at level 3 and below, and in comparison, our competitors have 500 hundred or fewer.

“Our reforms to the qualifications landscape are rightly ambitious, but we know that we would be wrong to push too hard and risk compromising quality.

“That is why we have decided to allow an extra year before putting our reform timetable into action.

The aim is to create ‘a more streamlined, simplified and ambitious technical qualifications system’ after independent reviews – commissioned by government in 2011 and 2016 – found qualification options were ‘confusing for students and employers’ whilst too many were not ‘adequately equipping students for skilled work’.

A government impact assessment has acknowledged that students from SEND (special educational needs and disability) backgrounds or derived areas are disproportionately represented on courses at risk of losing funding, whilst some might be unable to achieve a level 3 qualification in the future.

Additionally, it is also a concern that removing funding for BTECs will reduce participation in higher education among disadvantaged groups.

The provisional list of qualifications to lose funding is due to be published in the coming months.

Mr Lloyd, MP for Rochdale, said: “Removing these opportunities would prevent social mobility, and drive a coach and horses through the government's 'levelling up' agenda by further entrenching inequality.

"Ministers must listen to these very real concerns, and urgently reassess their plans for these qualifications."

Bill Watkin, Chief Executive of the Sixth Form Colleges Association, added: "It is telling that so many MPs and peers have joined such a broad coalition of educational bodies to support the campaign to protect student choice.

"There are few issues that could engender such strength of feeling and such commonality of purpose; the removal of BTECs represents a hammer blow for social mobility, the skills gap and the economy.

"It is also telling that those who campaign to protect student choice welcome the introduction of T Levels and are determined to see them succeed. But T Levels and BTECs are different: they serve a different purpose for a different audience. As such, they could and should co-exist in the qualifications landscape.”

T-Levels are expected to be fully available across England by 2024/25 and are already being offered at Hopwood Hall College.