You are Here: Home » News » News Headlines » Landlord of historic pub assures locals he’s ‘not turning it into a rave’ as venue gets outdoor music licence 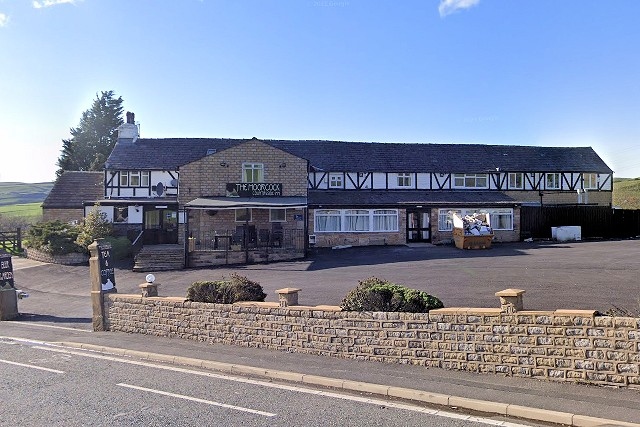 The landlord of a 400-year-old country pub insisted he would not be ‘holding raves’, as licensing chiefs granted the venue permission to host live outdoor music.

The Moorcock Inn, in Littleborough, will now be able to put on live acts outdoors until 9pm on Saturday following a decision by Rochdale Council.

This must be acoustic, non-amplified music and may only be played between May and September.

Further changes allowing extended hours for indoor entertainment at the Halifax Road pub were also signed off by licensing chiefs.

Members of the public had raised concerns the new hours could lead to an increase in noise nuisance and anti-social behaviour – with some citing problems linked to an event earlier in the year.

But, following tweaks to the initial proposals – and the adoption of an noise management policy – the council approved the application.

The decision also means live music can be played indoors until 12.30am on Friday and Saturday nights.

Pub boss John Darren Brogan set out his case at a licensing sub-committee meeting, at Number One Riverside.

“Yes, I’m asking you to work with me but I won’t go against you.

“I’m not trying to turn it into something it’s not. It’s a country inn that’s 400 years old and I’m converting it back to what it’s about.”

Mr Brogan said that the pub had shown live football most nights of the week before he took over – but he found this incompatible with the restaurant side of the business.

However, outdoor entertainment was popular at the venue and he wanted the option to put on live outdoor music during warmer weather.

Mr Brogan said he had moved singers outside during the summer when the pub got very busy, but wanted to ‘do things properly’ by making a licensing application.

He also held the successful ‘Moorfest’ event under a temporary licence, but added that had finished around 8pm out of consideration for neighbours.

Mr Brogan told the panel: “We’ve turned it into a family, country pub and eatery – no football, no screaming and shouting.

The pub is planning to offer its services as a wedding venue next year and Mr Brogan told the committee that a music licence would be crucial for the venture.

“If I haven’t got that, that will restrict me no end. I might as well not bother staging it at the pub as that won’t happen,” he said.

No residents spoke at the meeting to raise concerns over the application.

The Moorcock will also be able to host music indoors till 11pm on Wednesdays, midnight on Thursdays and 10pm on Sundays.

It met at Number One Riverside on Tuesday (30 November) at 10am.