You are Here: Home » News » News Headlines » Huge organised crime blitz sees over a dozen arrested in Rochdale before dawn 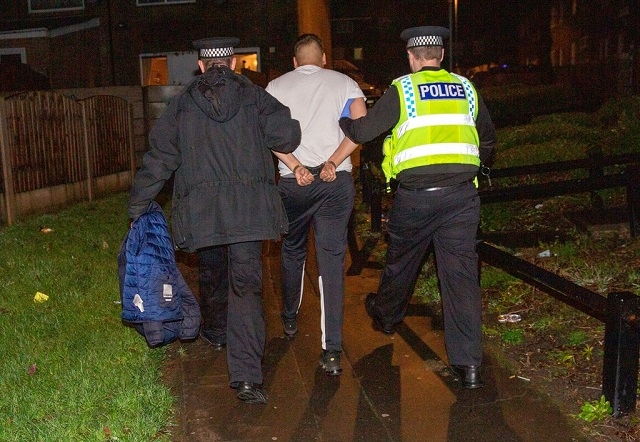 A massive operation across Rochdale on Tuesday (7 December) saw 18 organised crime suspects taken into custody as part of an ongoing investigation into a number of violent incidents in the town recently.

Around 100 officers from across the force targeted 15 addresses in the Rochdale and Heywood areas, where 15 men and two women were detained - the 18th suspect was arrested at Forest Bank prison.

The dozen-plus doors were targeted as part of Operation Chicago - a wide-ranging investigation spearheaded by detectives from the town's Challenger team tackling serious and organised crime.

Investigators have been probing various violent incidents between two feuding groups, including conspiracy to murder, violent disorder, the possession of weapons, and the supply of class A and B drugs.

This includes a machete attack on Bentley Street in October that left a man in his 20s with life-changing injuries.

The men - aged between 17 and 53 - are currently being questioned at three custody sites across Rochdale, Bury and Tameside on suspicion of offences ranging from attempted murder to participating in the activities of an organised crime group.

A 25-year-old woman has also been held on suspicion of malicious communications and the exploitation of children.

A 36-year-old woman has also been arrested on suspicion of conspiracy to supply drugs. 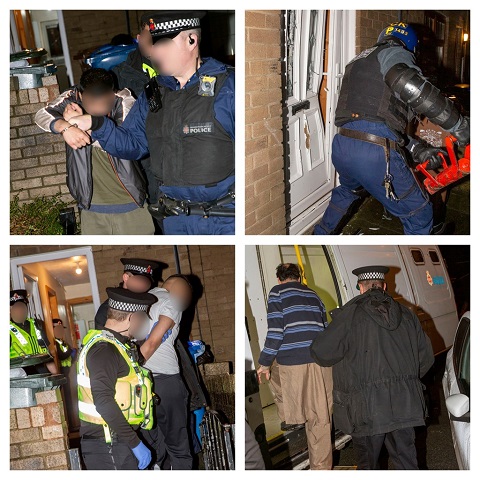 Visits are also being conducted by police in partnership with specialist partners within Rochdale Borough Council to ensure any potential victims of exploitation in the town are safeguarded.

All the arrests were made before dawn on Tuesday morning (7 December) after a huge briefing held at Heywood Sports Village just after 5am.

A dedicated team of detectives from GMP Rochdale's Challenger continue to quiz the suspects as part of their ongoing enquiries.

Detective Superintendent Natalie Dalby, of GMP Rochdale, said: "The strike that we carried out this morning demonstrates that Greater Manchester police will not tolerate serious violence or organised crime in Rochdale.  In recent months we have seen criminals committing extremely violent offences as part of an ongoing feud between opposing groups.

"By robustly targeting and arresting people for offences connected to these violent incidents, and also wider criminality, my intention is to disrupt their activities, bring them to justice and protect the residents of Rochdale so that they can feel safe once again.

"Rochdale police are sending out a very clear message to those who set out to cause harm to others, whether it is through violence, drugs or exploitation - we will work tirelessly to take you off the streets and put you before the courts in order protect the most vulnerable.  You should expect us to come knocking on your doors.

"The arrests made today are only one part of the picture when it comes to our multi-agency response to organised crime groups who use exploitation as part of their illicit activity, and the work we are doing with Rochdale Borough Council to safeguard vulnerable children and remove them from the threat of these gangs is such a vital part of this investigation, too.

"My team and I have listened to the concerns of local communities in recent weeks and months, and I hope that today's response goes some way to reassuring them we are prepared to use all available resources to take significant action.

"As ever, so much of our good work comes from information we gather from the public and so I would ask that anyone who has even the slightest information to contact Greater Manchester Police or Crimestoppers anonymously on 0800 555 111 - knowing information will be treated with the strictest confidence."