You are Here: Home » News » News Headlines » Police release CCTV image of man they want to speak to in connection with armed robbery in Heywood 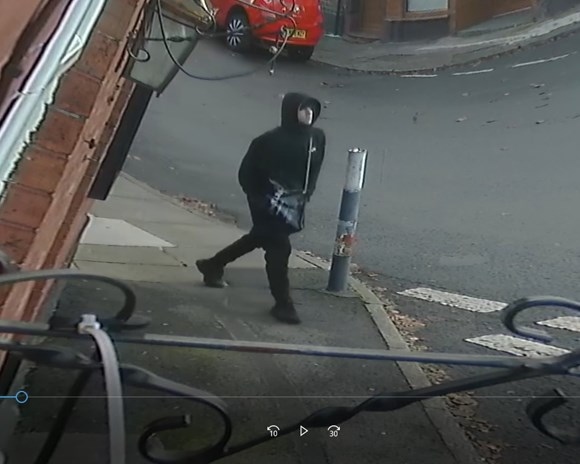 Officers have released an image of a man that they're keen to trace, after a licenced premises was robbed on Bury Street.

Police were called just before 7pm on Tuesday 30 November to a licenced premises on Bury Street in Heywood, following a report of an armed robbery.

It was reported that three young males in balaclavas entered the shop with weapons and threatened staff before leaving with an amount of cash, alcohol and cigarettes.

Officers attended, no-one was injured, and enquiries are ongoing.

Detective Sergeant Tim O'Callaghan from GMP's Rochdale District said: "This was an extremely distressing incident for the staff members involved. This kind of violent behaviour can have a lasting impact on victims, and we're continuing to investigate, to bring those responsible to justice.

"I'd like to ask anyone with any information, or CCTV or DashCam footage of the area at the time to please contact police via LiveChat on our website www.gmp.police.uk or call 101 quoting log number 2522 of 30/11/21. Even the smallest bit of information could help. Thank you."

You can also contact the independent charity Crimestoppers anonymously on 0800 555 111.