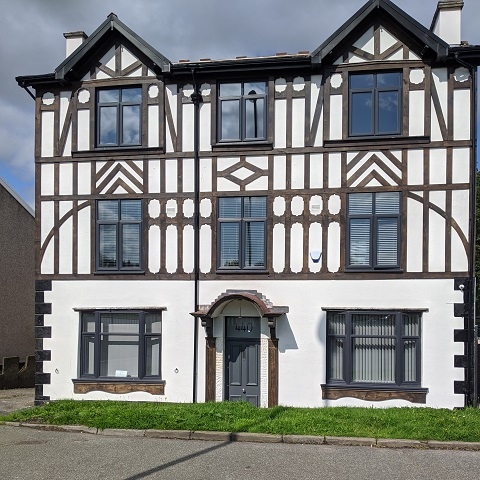 One of Rochdale’s most iconic old buildings has been brought back into use.

The former Windmill pub on Manchester Road in Sudden had been derelict for over a decade, but has now been given a new lease of life by Joanne Glover and her family.

The Windmill, which was subject to a fire in 2005, is one of three iconic buildings in Sudden with imitation black and white Tudor-style features popular in the Victorian era, the other two being the former Waggon and Horses pub and the long-demolished Ye Three Cups coffee house.

Having always been known as the Windmill pub or hotel, the 19th-century former hotel has been transformed, with Joanne’s salon Natural Incentives on the ground floor with Joanne and her husband living above. Joanne runs the salon – established in 2000 – with her daughter, Sophie Fallows.

Joanne’s husband, David, bought the former pub five years ago, and the recent lockdowns proved to be the perfect opportunity to spruce it up.

Joanne, who has lived in Castleton her entire life, explained: “The building wasn’t listed but we wanted to restore it and to keep its character with its original features, like the tiles.

“We love hearing little stories about the history of the building. One day a lady came past and asked if we were keeping the original door. My husband said, ‘yes’ as it’s a solid door; apparently, this lady’s dad had made it and she asked to take a photo to send to her brother in Canada.”

She added: “The builders who helped us out during the pandemic were BH Projects Ltd, a local firm who were conscientious, loyal and reliable. Mick and Ash went above and beyond to help secure materials to complete any works that needed doing.”

Joanne is also inviting everyone to share their memories about the Windmill in a book she is keeping in the salon.

Natural Incentives is a beauty and holistic salon offering treatments such as manicures and pedicures, facials, various massages including pregnancy, non-surgical facelifts and eye treatments, plus exfoliation, dermaplaning and spray tanning.