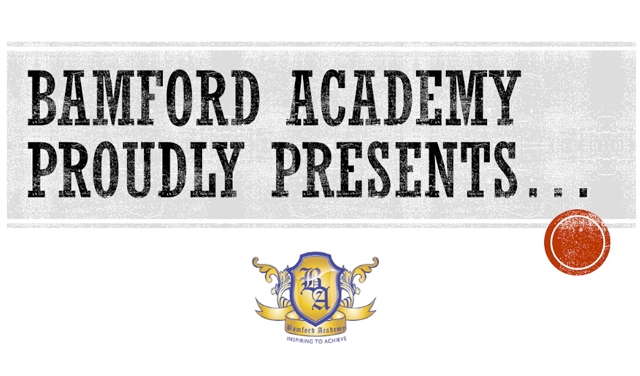 Bamford Academy produced their own version of Macbeth

Bamford Academy has become one of 60 schools nationwide to have taken part in the inaugural Coram Shakespeare Schools Foundation (CSSF) Film Festival.

Children from 60 primary, secondary, and special schools nationwide took part in the project bringing together CSSF’s experience of working with schools on Shakespeare performances using the power of film, through a partnership with leading, education charity Into Film.

Teachers were supported by CSSF to run the project confidently and empower their students to take on the challenge of developing creative technical skills in areas such as lighting, directing, editing and design to bring Shakespeare to life in an innovative new medium.

Over the last 20 years, CSSF’s annual Shakespeare Schools Festival has seen 300,000 children and young people perform Shakespeare plays on professional stages. The CSSF Film Festival was developed out of the need to give children and young people the opportunity to reconnect, rebuild their confidence and collaborate creatively following an unprecedented 18 months due to the Covid-19 pandemic.

Maxine Hunter, Y4 Class Teacher, KS2 Leader and Cultural Education Leader at Bamford Academy, said: "The film festival gave children who had not had any previous experience of performing the chance to take part in discussions about scripts, improvising and editing techniques.

"They learned the connection between expression, intonation and giving meaning to a line spoken. They also learned the impact of different camera angles and how lighting and sound can completely change the atmosphere in a scene.

"Most of the children were in Year 4 and I was amazed by how well they were able to understand and learn complex plots and lines of Shakespeare - every child took on the personality of their character superbly.

"I enjoyed watching children grow in confidence as they suggested actions and camera effects. Several parents have commented that following this opportunity, children have begun to attend drama classes as this has uncovered a new passion.

"I learned that any child is capable of performing Shakespeare with the right guidance and encouragement."

Year 6 pupils, Chloe Raw, who played Lady Macbeth, and Inara Shehzad, who was a narrator, Banquo, Lennox and a gentlewoman, said: "The festival allowed you to express your feelings and try out ideas as there was freedom to make the character into whoever you wanted. I enjoyed being dramatic; my favourite part was the fainting part!

"I learned to turn into a character and improvise; it has helped me to think on the spot and realise that I can do it! Saying the scripts aloud has helped me have a better understanding of how English has changed so increased our vocabulary.

"We practised the lines and felt proud that we were able to say difficult words and take part. It has increased our understanding of Shakespeare as we understand the characters' feelings and emotions and what they are trying to get at. I enjoyed stepping out of my comfort zone and the fact we had the freedom to change parts.

"It has shown us the importance of practising and working hard to learn our lines."