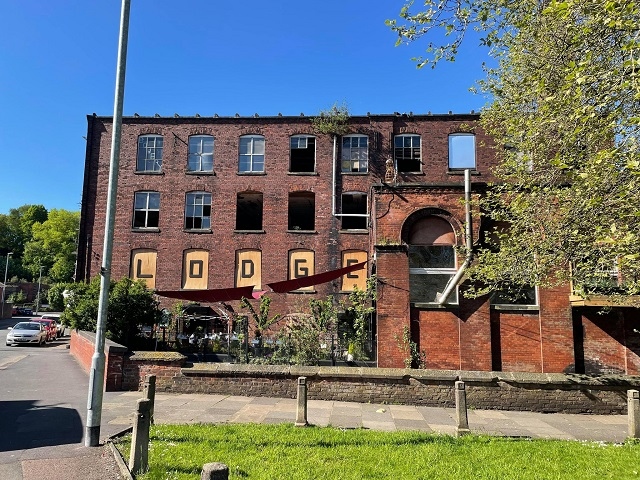 A Middleton couple has saved the oldest surviving mill in the town after a two-year renovation project.

Located on Townley Street, Lodge Mill was built in the mid-1800s and was originally a silk weaving mill. It went on to cotton weaving and cloth dying, then to a home for many different small local businesses. Sadly, in the early 2000s, it fell into disrepair and became derelict.

Martin Cove and Paula Hickey bought Lodge Mill on 1 April 2019 and immediately set about replacing and repairing the roof. They also installed a 19.4kw solar PV system so the mill became its own little power station that summer.

In August 2019, the couple opened a small ice cream shop on the ground floor of the mill - named the Ice Cream Shop at Lodge – selling locally-made ice cream from Birch Farm, Heywood.

“The ice cream is made using cream from Tetlow Farm’s dairy herd at Slattocks," Martin explained.

"This keeps in with our ethos of supporting local business and also enables us to taste test the most incredible and amazing ice cream you will ever eat.

“We opened the ice cream shop as a pop-up to see if anyone would want to visit a derelict mill and they did in their droves, so the following spring we planned a grand opening including a duck race on the river.

"Unfortunately, the pandemic put a stop to that plan, so we ended up opening as a takeaway instead on the first May Bank holiday [VE day commemoration, 2020] and haven't looked back since."

The ice cream shop also features a tranquil garden space alongside the riverside of the mill – the only space in town where you can sit next to the River Irk – transforming a previously derelict industrial area into one of beauty and biodiversity.

Paula added: “We’ve nicknamed this the ‘MiddletonRiverArea' as a play on ‘the Riviera’ as the whole garden is such a fabulous sun trap, restful, and peaceful spot that can be enjoyed by anyone coming down the mill.

“We do encourage people to practise ‘garden bathing’ as the urban alternative to the Japanese tradition of ‘forest bathing’.” 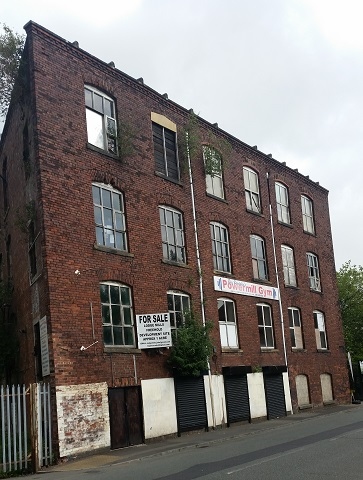 Paula and Martin’s next project was to transform the old Engine House at the side of the mill into a flexible venue space to be hired by the local community for events. They are also hoping to build a water wheel system to generate power from the river.

Martin added: "My wife had driven past Lodge Mill for many years travelling to work in Manchester City Centre and has always admired the building. When we saw the for sale sign, we just had to ring the owner and ask how much it was, then organised a viewing - then ran round the place like little kids as the building is so fabulous and we could afford it.

"We just knew what we could do with the place, and how absolutely beautiful a place it could be, and also what a community asset is could be transformed into.

"We do own other properties within the conservation area in Middleton so this wasn't our first time tackling a challenging renovation, but it certainly is the largest project we have tackled so far."

The couple hope the money raised from selling ice cream will help complete their renovation plans for Lodge Mill as well as the Engine House. 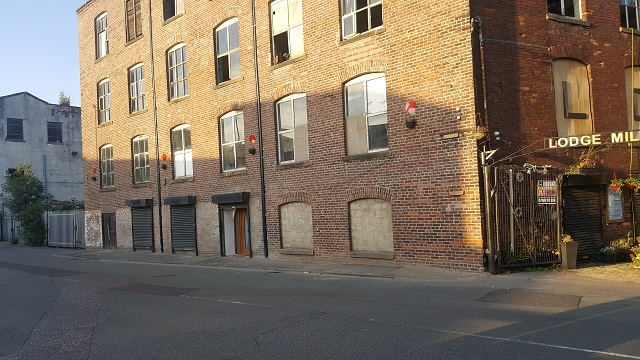 To date, it has been used by local community group Historic Cheapside to host several craft fairs, hot food nights, and the Halloween Scarefest, all with the aim of raising money to use on projects around the Middleton Conservation Area.

This has included the Peterloo Garden and a recent installation of several large planters on the chapel steps, made famous in LS Lowry’s painting.

The Engine House is about to host Historic Cheapside again for their Christmas Fair from 17-21 December. The fair includes craft and food stalls from local small businesses, a gifting tree to donate presents to vulnerable people and families across the borough, a memory tree, a free Santa's Grotto and an ice rink.

The couple has also carried out work on the front of the building, partially funded from a crowdfunding appeal, and hope to submit a planning application early next year to create apartments on Lodge Mill’s upper floors. The ground floor unit spaces would be retained to rent to small local businesses.