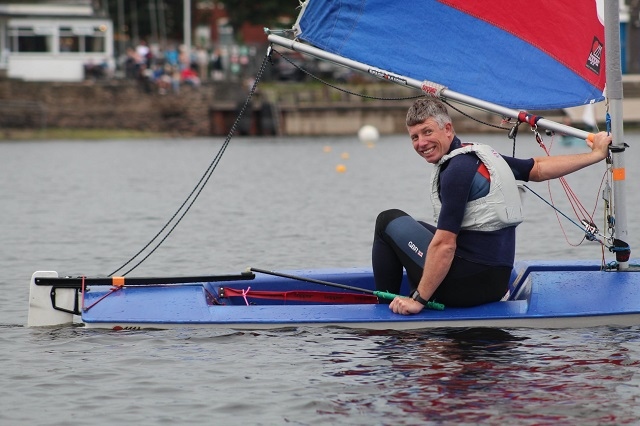 Rochdale’s gold Olympic sailor Stuart Bithell has been awarded an MBE in this year’s New Year’s Honours List for his services to sailing.

An elite sailor who learned and honed his sport at Hollingworth Lake, Bithell won a silver medal at the London 2012 Olympics, and earned gold at Tokyo 2020 in one of the most dramatic Olympic regatta races of all time.

Alongside his sailing partner, Dylan Fletcher, he claimed a dramatic men’s 49er gold medal at the Tokyo games on Enoshima waters on 3 August.

The duo, once rivals on the water, clinched the win after narrowly edging out both Germany and New Zealand by centimetres in the final race to land their victory.

Bithell and Fletcher’s gold is the first-ever 49er sailing gold for Team GB – a dream come true for Bithell, who began competing for Hollingworth Lake Sailing Club aged 12 and went on to work as an instructor at Hollingworth Lake Water Activity Centre.

The New Year’s Honours List consists of local residents recognised by the Queen for their outstanding achievements across a range of services.

The honours list, published twice a year, consists of knights and dames, appointments to the Order of the British Empire and gallantry awards to servicemen and women, and civilians.

The ranks of appointment to the Order are Commander (CBE), Officer (OBE) and Member (MBE).

British Empire Medals are also awarded to community volunteers and Greater Manchester Police officer Damieon Hartley–Pickles, has been recognised with a BEM for his outstanding charity work.

Damieon, who has over 20 years' service in GMP and is currently acting as a response sergeant in Rochdale, has raised a phenomenal £50,000 for charities over the past decade.

He began his fundraising for various hospices around the North West, before dedicating much of his time to an Oldham youth charity, Mahdlo, who deliver life skills and offer chances to underprivileged young people in Oldham.

He has organised and taken part in 24-hour football matches, as well as running around his back garden over 4,800 times with his wheelbarrow in order to complete a half marathon, an effort that saw him raise over £1,700 for the NHS and Mahdlo.

Sergeant Damieon Hartley-Pickles, said: “I am so honoured to receive such recognition. It's truly unbelievable, particularly as there are so many people whose contributions are so deserving of this accolade.”