You are Here: Home » News » News Headlines » Glade of Light memorial to victims of the Manchester Arena terror attack opens to the public 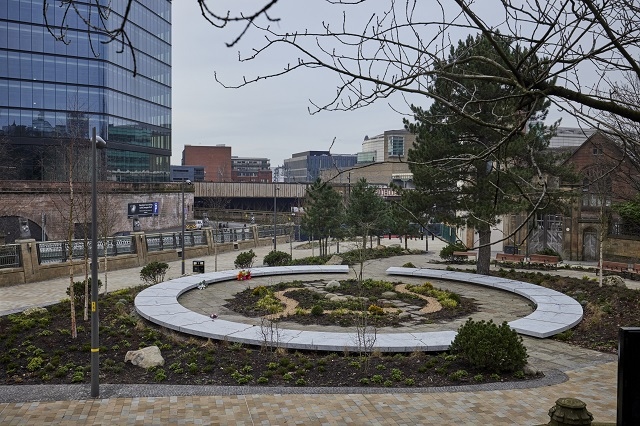 The Glade of Light memorial to those who lost their lives in the 22 May 2017 Manchester terror attack will be accessible to the public from today, Wednesday 5 January 2022.

Work has taken place since March last year to create the beautiful garden space which honours those affected by the attack. Now, with work concluding, the fences around the site are being taken down and people will be able to visit to pay their respects.

An official opening event for the memorial is planned for spring 2022, ahead of the fifth anniversary.

The centrepiece of the Glade of Light is a white marble ‘halo’ bearing the names of the 22 people who lost their lives. Families of those who lost loved ones have been able to place personalised memory capsules, containing mementoes and messages, which are embedded inside the halo. They have been given the opportunity to visit privately before the memorial opened. 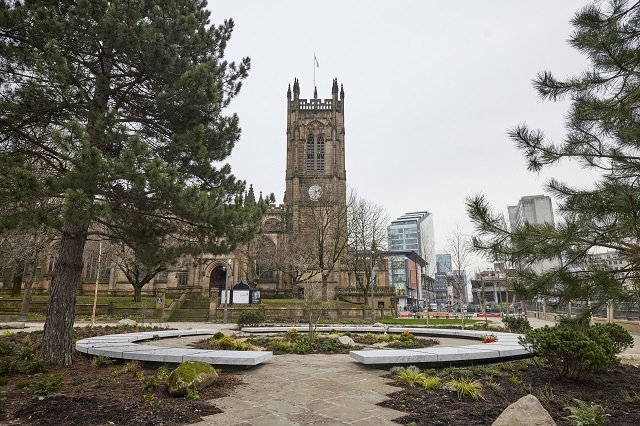 The Glade of Light, designed by BCA Landscape and Smiling Wolf, is conceived as a living memorial – a peaceful garden space for remembrance and reflection. It features plants which grow naturally in the UK countryside and have been selected to provide year-round colour and echo the changing seasons.

Around the anniversary every year, the white flowers of a hawthorn tree planted at its centre will bloom.

An outer circle path, including seating, has been included to enable people to linger in the garden for longer if they wish while preserving the intimacy of the halo area. 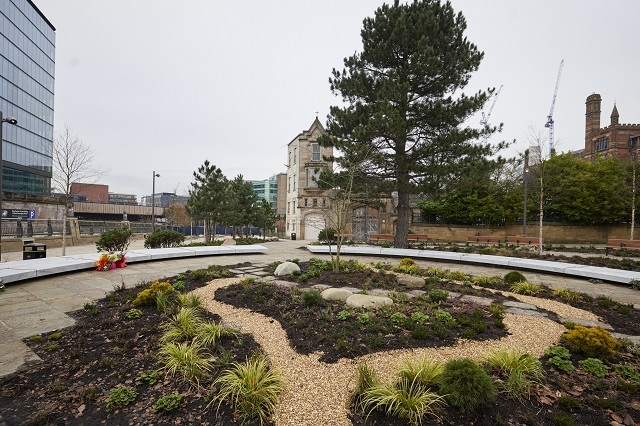 Councillor Bev Craig, Leader of Manchester City Council, said: “We will never forget those whose lives were lost on 22 May 2017. They already had a permanent place in the hearts of Manchester people. Now they have a lasting memorial in the heart of our city.

“The Glade of Light is a beautiful tribute to them and somewhere which will also have profound meaning for everyone affected by the attack. We hope the memorial site will be a place of peace and comfort, standing as a reminder that love is stronger than hate.”

Joanne Roney OBE, chief executive of Manchester City Council, said: “The Glade of Light is a visible demonstration that we will never forget what happened on 22 May 2017. It has been no ordinary project for everyone involved in its creation. We hope the love which has gone into creating it shines through.”

The memorial is located between Manchester Cathedral and Chetham’s School of Music, at the foot of Fennel Street where it meets Victoria Street. A charitable trust is being set up to oversee the ongoing maintenance of the memorial.