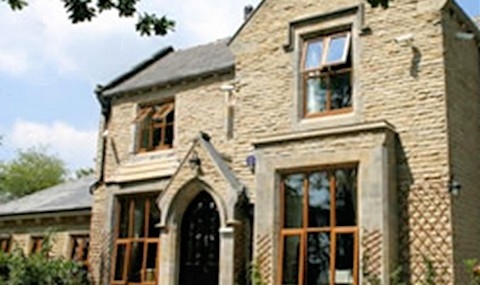 The former Moss Lodge Hotel on Kings Road in Rochdale

Controversial proposals to turn a five-star hotel into a rehab centre have been rejected following an emotional plea from a ‘petrified’ mum.

Acorn Recovery Project planned to run Moss Lodge Hotel, in Rochdale as a ‘high quality facility’ for people looking to ‘break free from drugs, alcohol and other addictions’.

Residents would need to have been abstinent for up to 12 months before being accepted on to a programme at the ‘majestic’ 19th century building, on Kings Road, Kingsway.

The planning committee threw out the proposals after hearing how locals were already living in fear of people at the nearby Redwood Centre – a similar facility also run by Acorn.

Emma King, who lives and runs a business in the area, told a meeting of the council’s planning committee, she was ‘terrified’ of the scheme being passed.

She described a disturbing incident during which a man had ‘marched’ into the staff area at the back of her shop and told her he had been released from prison and was living at the Redwood Centre.

“He then proceeded to tell me he was a rapist, and had just got out after 16 years and he would do it again,” she said.

“I had to report this matter to the police. I now work behind closed doors. Nothing to do with Covid, I’m absolutely petrified.”

Ms King reminded councillors that there was a nursery, primary school and high school all within the immediate vicinity.

“There are literally hundreds of children, day-in, day-out that pass that facility,” she said.

“I can tell you first-hand this company is not looking after those vulnerable adults. These people are free to roam the streets and frighten lone female workers in their own shop. And they’re petrified.

“I’m petrified you are going to pass this because there may not be any legitimate planning reason to stop it.

“But I want you all to know that, if you allow this to go ahead, if something happens in the future, that I have sat here and I have told you how I feel about it.”

Clearly emotional, she continued: “I have two daughters at home who are now not allowed to go out unless I’m stood watching them.”

And in a heartfelt plea to councillors, she added: “I’m petrified, I’m begging you.”

Graeme Thorpe of agent PWA Planning spoke in support of the application on behalf of Acorn.

He told the panel how the proposed 14-bed facility would operate differently from Redwood House, and would not take people from the criminal justice system.

Instead, people would be referred by the council or pay privately for the treatment, which comes in between £8k and £12k.

“Unfortunately there’s a poor perception of people that are in need of such genuine care and assistance. It’s worth highlighting that in the last 12-18 months, Acorn has dealt with GPs, key workers, NHS staff and clients who have struggled during the recent Covid-19 pandemic,” he said.

Mr Thorpe added that the facility would be registered with the Care Quality Commission and residents would receive ‘wrap-around’ therapeutic support, by means of a 24-hour programme.

They would need to be ‘therapy ready’ and comply with a strict testing regime – with failure to do so meaning expulsion from the facility.

Answering questions from councillors, he said that residents would at first go out into the community with one or two staff members – but would be allowed to go out on their own once they had made sufficient progress.

However, members said they were far from reassured and expressed extreme disappointment that no one from Acorn had come to the meeting to answer questions.

“This [application] is absolutely undermining community cohesion, community resilience and the quality of life of people living around it,” he said.

Councillor John Taylor – a former police inspector – agreed, adding that fear of crime in the community was ‘phenomenal’.

Councillor Phil Burke, vice chair of the committee, moved to reject the application.

He said while he ‘fully understood’ the proposal for a rehab centre, he was concerned about ‘the massive effect it will have on the local community’

“Crime and disorder is already high and I feel that will get worse from the information we have been provided with today,” he said.

“We need to ask ourselves if this is the right area for this scheme. I don’t think it is.

“I think the building will create the fear of crime and disorder, anti-social behaviour in the local community and will clearly undermine the quality of life for its neighbours close by and its diverse community.

“It will have a massive and negative impact on the local community.”

The motion to refuse the application was backed by the majority of the committee.

Speaking after the meeting, Ms King told the Local Democracy Reporting service of her relief over the decision.

She said: “A little bit of faith has been restored in democracy witnessing that, it was the right and proper thing to do.

“For once the residents, the people, have actually counted for something- our opinion and how we feel has been fully heard, understood and agreed with.”

Councillor Alan McCarthy voted in favour of the application. After the meeting, he said: "I believe this was a perfectly acceptable application with most of the time spent discussing a totally different facility delivered by the applicant which had nothing in planning terms to do with this application in my view.

"Individual applications should be decided on merit alone.

"Perception of possible crime was also heavily debated and became in part one of the main reasons for refusal, yet no objections to the application was made from the police.