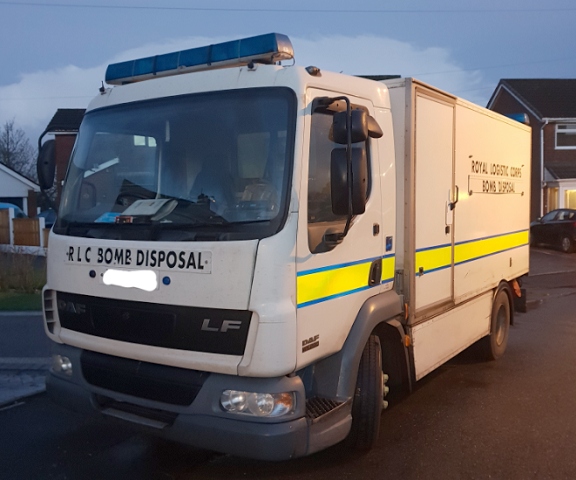 Bomb disposal experts rushed to Heywood this weekend after a ‘historic grenade’ was found in a garden shed.

Emergency services were called out to Glamis Avenue on Saturday (8 January) afternoon after the device was found in a garden shed which was being cleared out.

Residents were asked to stay in their homes as a 50m cordon was put in place.

Thankfully, the device wasn’t viable and of no risk to the public, police said.

A spokesperson for Greater Manchester Police said: “Officers were called just before 2.30pm on Saturday (8 January 2022) to a report of a grenade found at Glamis Avenue in Heywood.

“A suspected historic grenade was found on arrival and EOD have since removed the device.”