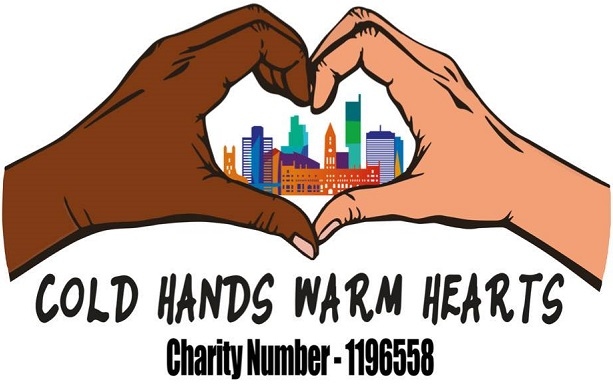 Local charity Cold Hands Warm Hearts will be marking its first-year anniversary with a 36-hour sleepout on the streets of Manchester later this month.

The Middleton charity was started a year after the death of John Wrench, 25, who was sadly found dead in the doorway of a Marks and Spencer’s store after sleeping rough.

The next day, they and another friend handed out 23 boxes of pizza within 15-minutes, returning two days later with donations of coats, cold drinks, a five-litre flask of a hot drink, plus hot food from Middleton takeaways.

Cold Hands Warm Hearts’ objective is to make sure no rough sleepers or homeless in Manchester go hungry or without the essentials. Volunteers go to Manchester regularly to give out food, drinks, clothing and sleeping bags.

Members of the charity will be taking to the city’s streets on 28 January to raise both awareness and funds.

Jamie Lilley, who started the group with friend Daniel Goodier, said: “We’re doing this to raise awareness for the homeless, the struggles they face and to raise funds towards transport.

“This would help us dramatically with the weekly outings, where we take clothing, food, drinks and essentials to the homeless people of Greater Manchester.

“With the weather last year hitting a low of -8°C, this could be something that is not for the faint-hearted, but we have decided on this date to mark one year of Cold Hands Warm Hearts’ first night out helping the homeless.

We just couldn’t sit back and allow this [death of rough sleepers] to happen, and, with your help, we hope it won’t again.”

Cold Hands Warm Hearts was started in January 2021 and became a registered charity in November the same year.

The men have been supported by a number of local residents and businesses, including Ian Kilgannon, owner of Donatello’s takeaway in Middleton, who has paid for a storage unit to store all the donations before they are given out as well as providing regular donations of food, and Middleton Eats, the local answer to Just Eat.

Cold Hands Warm Hearts also has a Facebook page where volunteers provide regular updates and anyone wishing to help can get in touch.