You are Here: Home » News » News Headlines » ‘Beautiful’ Rochdale building will be converted into flats despite neighbour’s fears 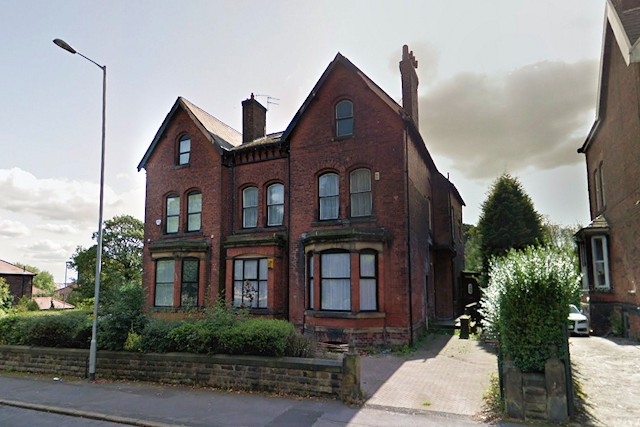 A ‘beautiful’ Victorian building will be converted into apartments despite neighbour’s fears it could lead to problems with anti-social behaviour, parking and traffic.

But it will now be split into seven self-contained flats with a mix of one, two and three bedrooms, after the planning committee gave new proposals the nod.

Garages at the back of the late 19th century house will also be demolished to make way for four new parking spaces – creating six in total.

The council’s planning committee ultimately welcomed the opportunity to bring the three-storey building back into use.

But they first heard from an objector who lives near the property and gave his name as ‘Mr Ali’.

Mr Ali raised concerns over the potential impact on his family and the immediate area.

“I already live next door to a dwelling with seven flats – at 77 Falinge Road – and this proposal further plans to put me and my family between a further seven flats – meaning seven families and neighbours to contest with,” he said.

He added that he was worried that approving the scheme would set a precedent of changing properties on Falinge Road into apartments and HMOs.

“There’s really no appetite for another development of this sort in this area,” he continued, raising concerns over anti-social behaviour from future residents, parking facilities, and congestion.

He went on: “I feel the applicant is trying to develop the property.

“However, I feel the plan is hasty and looks to change the dwelling far beyond its capacity.

“This is a non-designated heritage building, changing it into a series of seven flats will irrevocably change the building internally, forever losing its character, meaning this beautiful building will be lost forever.”

However, applicant Parvaiz Akhtar spoke in support of the application.

“We didn’t make a hasty decision of changing it into apartments,” he told councillors.

“We initially went for 12 apartments, we spoke to the council and the council said it was too many.

“We came down to nine and even that was too high, so we worked with the team and decided seven apartments would be the best.

“These are choice apartments, self-contained apartments – the property will be of high standard spec.”

Mr Akhtar added that he appreciated neighbours had previously had problems with anti-social behaviour but offered assurances he would deal with any issues, should they arise.

And it was his argument that the committee found to be the most persuasive – together with the recommendation of the planning officer.

Councillor John Taylor said there was no reason to refuse the application, and that Mr Ali had assumed the flats would give rise to anti-social behaviour.

“There’s no evidence to suggest it will do, it’s purely an assumption,” he said.

“So surely bringing it back into use and finding a home for seven families or single people to live has got be something good, and I support the application.

Councillor Irene Davidson added: “Those buildings are beautiful up there. They are really beautiful buildings and they need to be protected no matter how we can do it.

“If this gentleman is willing to take it on board and bring this beautiful building back to life I will support this application.”

The plans were approved by a majority vote, with only one member of the committee objecting to the application.