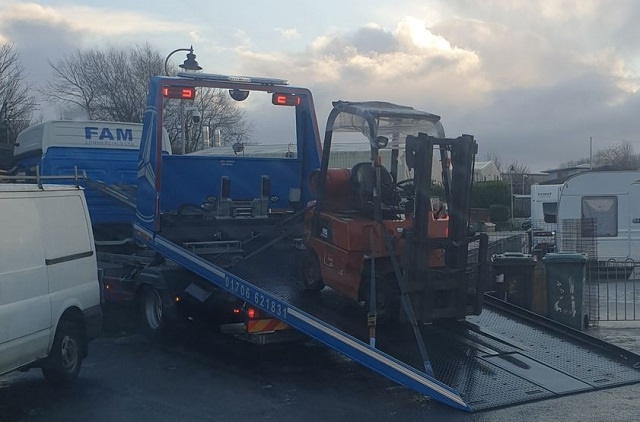 The man was arrested after stealing a forklift truck

A drunken man who was more than twice the legal limit has been arrested after stealing a forklift truck.

The man, who recorded 79 micrograms per 100ml of breath, was arrested on Friday (7 January) after crashing the stolen vehicle into four other vehicles before making off on foot.

Incredulously, the man was also already disqualified from driving when the incident took place – and was also in possession of a Class A drug, say police.

After a short pursuit, he was arrested on the following offences: theft of a motor vehicle, dangerous driving, possession of Class A drugs, resisting arrest, drink driving, driving whilst disqualified, driving without third party insurance and failing to stop at a road traffic accident.