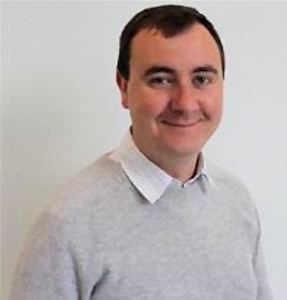 A Littleborough Lakeside councillor has been appointed to a new body championing music and arts throughout Greater Manchester.

Councillor Besford was chosen as he runs the Littleborough-based charity English Folk Expo, which supports the English folk, roots and acoustic music sector through a variety of projects and initiatives.

The Expo hosts festivals and events throughout the year to introduce the best folk, roots and acoustic music to new and existing audiences, including the annual Rochdale Folk Festival. It also produces the Official Folk Albums Chart.

Councillor Besford said: “I'm absolutely chuffed to bits and humbled to have been selected for the new Greater Manchester Music Commission alongside some incredible people.

“Greater Manchester has the opportunity to build a vibrant and thriving music economy which can play a key role in revitalising parts of our economy, provide good jobs, support residents' mental health and wellbeing, and continue to position our city region as a global cultural pioneer.

“With my background in the international music industry, passion for talent development and interest in specialist music linked to identity and heritage, I can't wait to get stuck into this new challenge and opportunity.

“As a Rochdale resident, I'm also keen to make sure that the entire city region has a voice in this conversation.”

The 25 people and two organisations appointed to the commission include artists, managers, broadcasters, venue owners, festival founders, and record labels.

The role of the commission will be to identify opportunities to develop talent and audiences within the Greater Manchester music ecology, as well as its prominence, reputation, and success both nationally and internationally as well as investigating ways to promote local music around the world, including the feasibility of a major music industry event in Greater Manchester.

Speaking at the launch in 2021, Mayor of Greater Manchester Andy Burnham said: “We had a fantastic response to the call that went out earlier this year, and the commissioners we’ve appointed represent all aspects of the vibrant, diverse, and exciting music scene across our 10 boroughs.

“Manchester has always been the beating heart of UK music. Our history is full of pioneers who did things differently, and who were often imitated but never bettered – but we’ve never been content to stand still and revel in the glories of the past.

“The job of the commissioners will be to represent the Greater Manchester music scene as it is now, championing creators and communities at every level. They will look at new ways of promoting music and developing new talent, and work with us to turn those ideas into action.

“I can’t wait to see how they tackle the task, and I will be following and supporting them every step of the way.”

The commission will meet four times a year, with the first meeting taking place in January 2022.