You are Here: Home » News » News Headlines » Council to investigate centre for addicts ‘trapped in a repeated cycle of offending’ 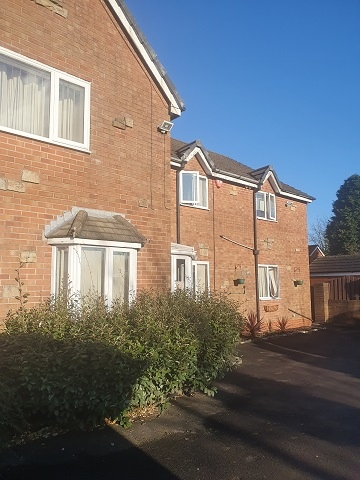 A centre for addicts ‘trapped in a repeated cycle of offending’ is facing an investigation after councillors questioned whether it was operating legitimately.

Rochdale Council’s planning committee raised concerns after it emerged Redwood House, in Kingsway, has permission to operate as a ‘house in multiple occupation’ (HMO), but not as any kind of specialist facility.

Run by Acorn Recovery Projects, it is described on the firm’s website as a ‘Criminal Justice all-male supported accommodation project’, where ‘experienced recovery workers’ help offenders struggling with ‘substance addiction’.

The company insists the eight-bed facility, in Newton Street, Kingsway, operates entirely in line with its planning permission.

The issue came to light during a debate on Acorn’s proposal to run nearby Moss Lodge Hotel as a rehab centre – which was ultimately turned down.

She told the meeting how she had been left ‘petrified’ by a man living at Redwood House, who ‘marched’ into the back of her shop and told her he was a rapist and would do it again.

Answering a question from Councillor Peter Rush, she said the facility was ‘housing people directly from prison’.

Councillors asked for reassurance that residents at Moss Lodge would be safely monitored, given this seemed to not be the case at Redwood House.

But they were told that the council had never received an application to run Redwood House as ‘a rehab centre or bail hostel’, or had cause to investigate further.

The committee vice-chair said: “What we have heard tonight is it’s being used as a rehab centre.

“Therefore, can you ask officers to investigate it and ensure correct procedures are in place – and if they are not, shut the place down.”

His words were greeted by a chorus of ‘hear, hear’ from other members of the committee.

Rochdale Council has since confirmed it is ‘investigating the matter further’.

Acorn says it is not doing anything wrong.

Tom Woodcock, director of treatment and recovery for Acorn, said: “Redwood House is a House of Multiple Occupation which provides supported accommodation and operates in line with its planning permission.

“It is not a bail hostel or a residential rehab.”