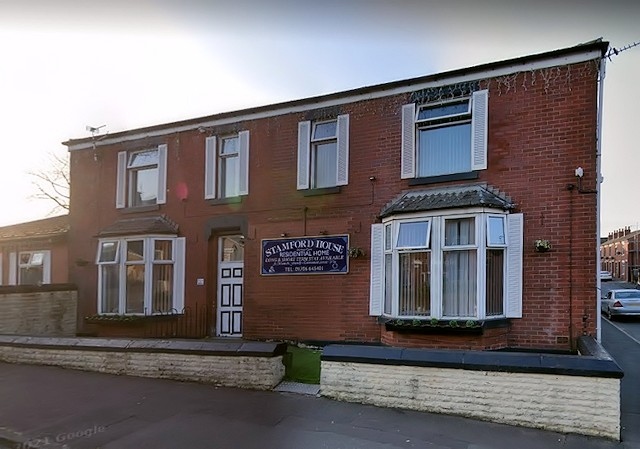 A care home has been placed in special measures after inspectors raised concerns over fire safety, legionella and ‘unsafe recruitment’.

Stamford House, in Rochdale, provides personal and nursing care for up to 23 people aged over 65, and has previously been rated ‘good’ by the Care Quality Commission (CQC).

But that assessment has now been downgraded to ‘inadequate’ after the health watchdog visited the premises in November last year.

It will be reinspected within six months and could be closed down if it fails to make the necessary improvements.

The home says it is already making good progress and working with the CQC and Rochdale Council to regain its former ‘good rating’.

The inspection was undertaken after concerns were raised ‘about the management of incidents’ at the home.

And a newly published report details a catalogue of safety failings at the home.

It reads: “People were placed at risk because fire safety was not safely managed.

“The provider and registered manager had not actioned all the recommendations on their most recent fire risk assessment.

“For example, not all staff had completed fire safety training.”

However, the report does note that the home took action to improve fire safety at the home, both during and after the inspection.

But further concerns were raised by the failure to assess the risk from legionella – the bacteria that leads to people contracting Legionnaires’ disease if inhaled from small water droplets.

The registered manager took action during the inspection to arrange the necessary checks, and provided evidence this would take place following the visit.

Residents were also said to have been put at risk from hot radiators that didn’t have the appropriate coverings.

And they were at increased risk of falls because the furniture was in poor condition, with inspectors noting that broken drawers were obstructing the floors in bedrooms.

However, the home assured inspectors it would be replacing broken and unstable furniture with fitted units during a ‘programme of improvement’ due to start the following month.

The report also noted that people were at risk from other residents or self -neglect due to a lack of proper assessment or recording of incidents. There was also ‘limited guidance’ for staff to follow.

And inspectors had concerns over the home’s recruitment practices.

Joseph Sabapathy, director of operations at Stamford House, said safety was a priority at the home,

He said: “We have always had the safety of our residents and staff as a primary objective – that’s our priority, we don’t compromise on that at all.

“We have undertaken a full review of the operations and taken immediate remedial measures – even during the inspection, as well as before the inspection [report] was published.”

Mr Sabapathy added that ‘around 80%’ of the necessary work had already been done, with a view to the home again being rated as good.

“The home is working with all parties – the council and the CQC – towards fulfilling the needs and becoming fully compliant in the quickest possible time frame,” he said.