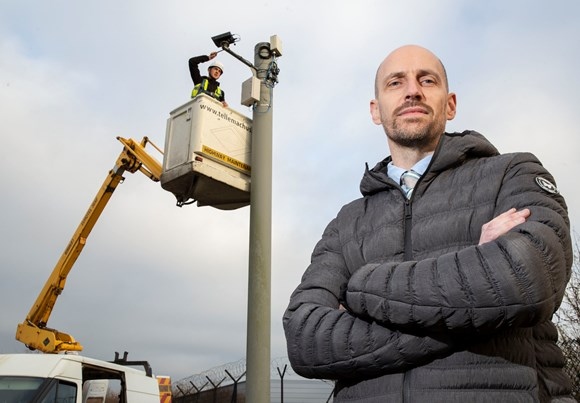 Any and every vehicle that passes by the camera, has its registration number read instantly and checked against a database of vehicles of interest

The cameras make vehicles of interest – such as those which have been stolen, being driven without insurance or being used in organised crime – easier to detect and locate.

The force has a large system of fixed and vehicle ANPR cameras. Any and every vehicle that passes by the camera, has its registration number read instantly and checked against a database of vehicles of interest. This allows officers to quickly locate and intercept the vehicle, making necessary checks and when appropriate, arrests.

Last month, following a burglary in Stockport where four men in balaclavas, armed with a machete and a baseball bat, entered a house and took keys to a VW Golf, officers used intelligence collated from the ANPR system to locate the BMW that the offenders had arrived in, believed to have been stolen a month earlier in Cheshire.

The vehicle was pursued by officers from GMP’s Tactical Vehicle Intercept Unit, Cheshire Police, with assistance from NPAW, and three offenders were detained.

The system has also proved a vital part of investigations into finding missing people, targeting uninsured vehicles as well as solving cases of terrorism and major and organised crime, as for a limited period of time, the ANPR cameras will store the registration of every vehicle that passes by, allowing officers to pinpoint its location and create a map of the vehicle’s movements.

Inspector Jon Middleton, GMP’s CCTV and ANPR manager, said: “ANPR is a highly effective tool which denies criminals use of the road, provides intelligence to tackle criminality and allows us to protect vulnerable people.

“The upgrade of our ANPR network will allow us to continue to make arrests which, without the intelligence supplied by technology, may not be possible. The information it provides also allows for those arrests to be quicker, resulting in less resource being used and a faster outcome for our victims.

“This investment in the latest technology gives us access to information that enables us to prevent and solve crime, a key step on the Plan on a Page which was unveiled by the Chief Constable last year.”