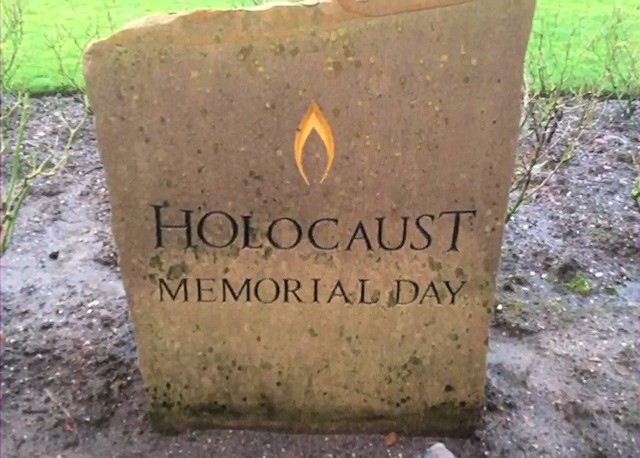 Holocaust Memorial Day is commemorated on 27 January every year

People from Greater Manchester and across the country are invited to join a virtual service to remember the victims of the Holocaust and other genocides, and to hear the vital testimony of those whose lives have been affected by these atrocities.

Greater Manchester’s annual Holocaust Memorial Day service will take place on Thursday 27 January, bringing together faith and community leaders from across the city-region. As it was last year, the service will be held online in light of the coronavirus pandemic.

Broadcast live to residents through Facebook, YouTube and Twitter from 12-noon, the service will hear from speakers including Holocaust survivor Gisela Feldman and pupils from Falinge Park High School, a Beacon school for Holocaust Education.

There will also be musical performances from Cantor Charles Chait, as well as readings and prayers, and a minute’s silence led by Rabbi Daniel Walker from Heaton Park Hebrew Congregation.

Candles of remembrance will be lit by representatives from the Jewish Representative Council and Greater Manchester’s equality panels.

This year’s Holocaust Memorial Day takes place under the theme of ‘One Day’, which can be interpreted in many ways, including ‘one day when life changed’ and ‘one day in the future’.

Mayor of Greater Manchester Andy Burnham said: “Once again, our virtual commemoration this year will enable people right across our city-region to hear the powerful words of survivors and join together in solidarity and reflection, as we remember the Jewish victims of the Holocaust and all those who have faced the unspeakable crimes of genocide in Cambodia, Rwanda, Bosnia and Darfur.

“It’s a privilege to have Gisela joining us to share her testimony, and I’d like to thank the Association of Jewish Refugees and the Holocaust Memorial Day Trust for their continued support, and everyone contributing to this year’s service.

“Under the theme of One Day, this year’s commemoration asks us to think about how lives, and history, can change in moments. But it also challenges us to work, day by day, towards a future when there will be no division, prejudice, or injustice. As we remember the victims of the Holocaust and all other genocides, every one of us here in Greater Manchester should commit ourselves to that goal.”

As well as commemorating the Holocaust, Holocaust Memorial Day is a day to remember those that endured and survived other genocides, including in Cambodia, Rwanda, Bosnia and Darfur.

The Greater Manchester Holocaust Memorial Day service will be broadcast from 12-noon Thursday 27 January on: