You are Here: Home » News » News Headlines » People in Rochdale will soon be entitled to two free bulky waste collections every year 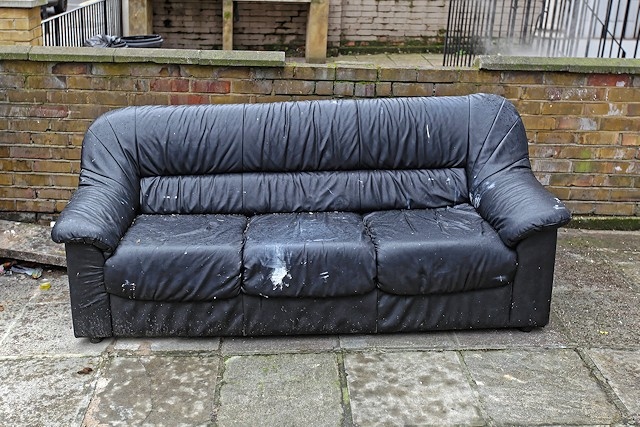 People in Rochdale will soon be entitled to two free bulky waste collections every year in a move bosses hope will drive down illegal dumping.

The borough suffers some of the highest fly-tipping rates in Greater Manchester – with figures showing the number of incidents more than doubling between 2017 and 2020.

Council leader Neil Emmott last year pledged to bring in free collections for large items – such as unwanted furniture and white goods – and ordered environment and finance chiefs to draw up plans.

Those proposals were signed off by cabinet members on Tuesday night, and will be included in the 2022/23 budget due to be passed next month.

It means that all households will be entitled to two free bulky waste collections each year, up to a maximum of three items. The policy is set to come into force from April.

Councillor Liam O’Rourke, portfolio holder for environment and facilities, told the meeting he was ‘absolutely thrilled’ with the scheme.

“This has been a key tenet of what we want to provide for the public, which is access to services to make our borough focused on being cleaner for residents and those who live here, and make the environment a better place.

“This policy is yet another step in us removing barriers from people being able to get rid of their bulky waste and will make us, as a council, more effective at tackling the scourge of fly-tipping, which I know so many people hate.”

Earlier this year the council scrapped charges for replacing bins and is also working on a full fly-tipping strategy, which will include greater use of CCTV to catch offenders.

Councillor O’Rourke said the council now had a ‘full set of policies’ that allowed it to say to the public ‘we are doing our bit’.

However, not all cabinet members were convinced the free bulky waste collections would have the impact hoped for.

Councillor Daalat Ali said: “I think it’s a fantastic initiative. However, unless we can tackle letting agents and landlords and get data for Serco refugees/asylum seekers and newcomers, we are not going to get too much joy from this.”

He acknowledged the policy would be effective in some areas, but not in places like central Rochdale and Deeplish where ‘people are living on top of each other’ and rental turnover is high.

Councillor Ali added that some landlords were ‘absolutely rogue’.

“We need to do something about letting agents because at times they are bringing in people three times a year. And three times a year all the carpets and all the sofas and everything is thrown on the footpath.”

And he said that the council needed more information on asylum seekers being housed in the borough, so they could be educated on fly-tipping.

“Because we don’t have the data, we can’t go and educate them so it’s not going to work.

“In some areas where there is already a lot of fly-tipping it’s not going to make any difference unless we tackle the root cause of fly-tipping.”

Councillor Emmott said these were ‘fair points’ but he had committed to providing ‘good, solid services’ that people expected to see for their council tax.

“I have always been uncomfortable about putting extra charges on residents when they are already paying their council tax to us,” he said.

“I think two free bulky waste collections per household per annum is a fair way of tackling this.”

Councillor Emmott added that he was hopeful that the policy would be a ‘first step in getting the fly-tipping down, which is clearly an issue we have to address’.