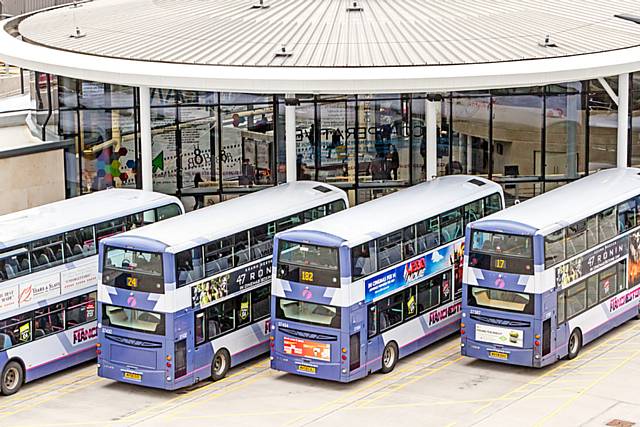 First bus drivers are striking for another week

First bus commuters are once again being given advance notice to plan alternative travel arrangements as the drivers’ strike continues for a fourth week.

Bus drivers employed by First Manchester began strike action in a dispute over pay and conditions on 10 January, with two days of strikes each week since then.

First Manchester to advising customers to plan well in advance to manage the possibility of three days of industrial action at its Oldham depot next week which will mean all services are cancelled.

The union has announced its intention to hold strikes on Monday 31 January, Tuesday 1 February and Friday 4 February.

All dedicated school services are expected to run and details of routes can be found on the Transport for Greater Manchester website www.tfgm.com.

Ian Humphreys, Managing Director of First Manchester, said: “The company has offered a substantial increase to £13 per hour which meets the trade union’s request for parity with another large bus company in Greater Manchester and we were advised met their aspirations.

“We are eager to see this offer agreed so that colleagues can begin to benefit as quickly as possible from the new rate of pay and an additional lump sum. This will help them to manage the economic challenges everyone is facing at this time.

“This would bring an end to delays and protracted discussions about the 2021 settlement and enable us to begin negotiations for the 2022 pay review, the anniversary for which falls in August.

“Prolonging industrial action and the possibility of further dates in February is not the way forward to finding a resolution.

“I would like to apologise sincerely to all our customers in advance for the further disruption and inconvenience any continuation of industrial action will cause.”

Customers with pre-bought tickets for the dates of industrial action will be given a refund or replacement tickets to use for future travel.

Further information can be found on the First Manchester website www.firstbus.co.uk/greater-manchester/news-and-service-updates/planned-changes/industrial-action-february